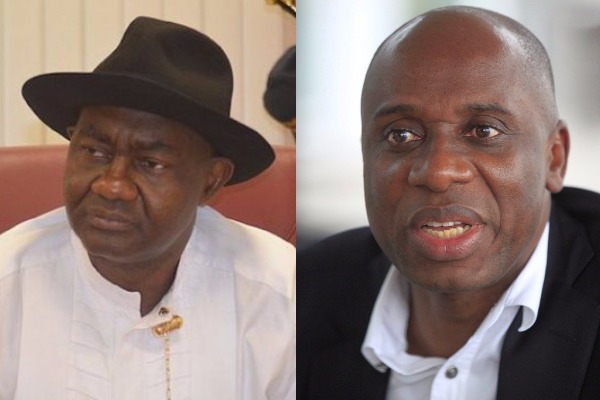 A faction Rivers All Progressives Congress, APC loyal to former Senator Magnus Abe  has asked its supporters to pick up forms to contest for councillorship and chairmanship positions in the 319 Wards and 23 LGAs respectively in the state’s local government election scheduled for April.

Ben Chioma, the acting caretaker committee of the faction of the party in a statement, urged APC members to participate in the LGA election in Rivers because political parties are set up to contest election and win political positions.

“We must make the best of this golden opportunity to shake off the toga of never-do-wells as have been the case in the past,” he said.

Chioma further asserted that APC Rivers State has not only come to stay, but must move away from what he described as “inglorious past, when the party did not plan adequately for elections due to the actions of one man, Chibuike Rotimi Amaechi the Transportation Minister.”

According to him, APC members will not only participate, but must also strive to win seats in the wards and local government councils.

The factional chairman further called on his rival, Mr. Isaac Ogbobula, who he described as “a perpetual imposter, surrogate and so-called chairman of an aggrieved group loyal to the selfish, self-serving political interest of Rt. Hon. Rotimi Amaechi, the godfather” to stop deceiving and misleading party members in the state.

Chioma who mocked the rival faction, alleging that it has a penchant for creating false hope for unsuspecting members of the party with the aim of continually and perpetually putting their political future in abeyance.

“APC is a political party with a primary duty to contest elections and not a social club that ends up with meetings, airport receptions for the Minister, birthday parties, thanksgivings and burial ceremonies”.

On the argument of the 2015 Local Government Chairmanship litigants mainly loyal to the Rotimi Amaechi the Transportation Minister, he reminded them that the tenure of office for which they were elected into office had long elapsed.

He pointed out that the local government council elections scheduled by the Rivers State Independent Electoral Commission RSIEC for April 2021, is the second in the series after their ‘long defunct tenure.’

He warned them to learn from the classical Ladoja case even though  it is their right to seek redress in Court believing that justice will come their way someday, wondering why the forces  engineering them  to push in futility for the scuttling of the forthcoming Local Government Area election had all the opportunities in this world to save or at least help them, but failed to do so.

The factional Chairman advised others to stop playing into the hands of people whose only interested is to use and dump them.

“Are they not tired of being used as pawns just for the sustenance of the godfather’s political visibility and relevance? For the avoidance of doubt, this effort of theirs will not yield any meaningful result and they should know by now.

He reiterated members of his faction are committed to ensuring that youths and all others who have not had the chance to occupy elective political offices are encouraged to have a chance to win elections and occupy political positions successively contrary to the unbridled ambition of a known godfather who is bent on destroying them.

Chioma said the commitment to give young people the chance to contest for elective posts cannot be compromised wondering why blind followership should be replaced by proper qualitative reasoning.

“Are they not fed up and tired of being used by Rotimi Amaechi for destruction and divisiveness? When shall these young people wake up from this deep slumber of deceit and take their destiny in their own hands?”.

Meanwhile, Isaac Abott Ogbobula, the Caretaker Committee Chairman of APC faction loyal to Amaechi has called on members to stay away from the election because of the allegation that the Chairman of the Rivers State Independent Electoral Commission, RSIEC, Justice George Omereji retired, cannot be said to a neutral person because he had adjudicated in cases concerning the party in the past, and passed judgments alleged to be biased.