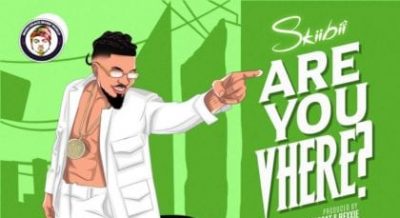 Popular Nigerian singer-songwriter Abbey Toyyib Elias known on stage as Skiibii has released a new single entitled “Are You Vhere.”

The Rexxie produced single serves as Skiibii’s first official single for 2021. This comes on the heels of his previous releases ‘Sensima’ and ‘Banger’ with Reekado Banks from 2019 and 2020 respectively.

He had said “everyone is different and beautiful in their own way, appreciate your body then others will love you just the way you are

your body is a banger.”

“Banger” was produced by RhymeBamz and the video directed by AJE Filmworks.