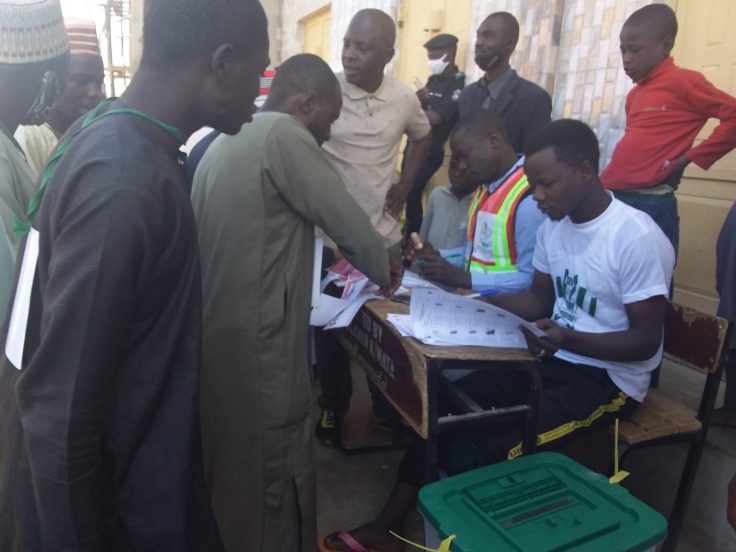 The election started around 10:30 a.m. with heavy presence of policemen and other security personnel.

However, voters interviewed, expressed delight at participating in the election.

Malam Jazuli Yusuf a voter in Gwale, said he voted at the election to exercise his civic right.

Yusuf said the election would enable the electorate to elect their leaders at the local government level.

Mrs Amina Isa, a voter in Zage, corroborated the claim, commending the few voters for conducting themselves in orderly manner during the voting process.

Twelve political parties fielded candidates for the 44 chairmanship and 484 councillorship positions in the election, according to the State Independent Electoral Commission (KANSIEC).

The commission also deployed about 48,000 staff to the 11,500 polling units for the poll, while 10, 000 police officers and security agents were deployed for the election.