What is going on between Fani-Kayode and Lilian Ellas? 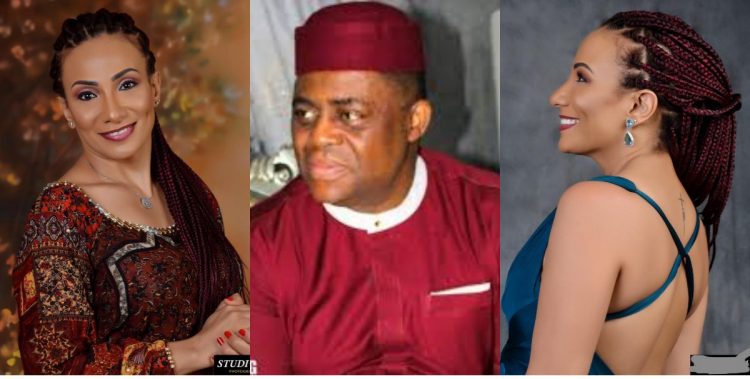 Recently, tongues have begun to wag over a purported romance between critic, Femi Fani-Kayode and Lilian Ellas, a Lebanese woman.

Lilian is said to have a Lebanese father and a Nigerian mother from Asaba, Delta State.

Fani-Kayode after breaking up with his fourth wife, Precious Chikwendu, has been trying to gather himself up.

But just when the rumour between him and Lilian was rife, he announced the birth of a baby boy whose mother is unknown.

He later told the Nation that the baby was from a Moroccan lady whose identity he would not mention.

January 16, 2021 was Lilian’s birthday. The way and manner Fani-Kayode celebrated her showed that something is fishing between them. There is no love lost in their eyes.

The former Aviation, who has a handsome figure, despite turning 60 last year, is still women’s dream.

He displayed pictures of Lilian on his Twitter and Instagram pages and celebrated her birthday as no other.

He wrote: “Happy birthday to a warm, kind, loving, courageous, beautiful, selfless, God-fearing and wonderful soul who has shown me and mine so much love and compassion.

“You are a blessing to us all Lilian and we cherish, love and appreciate you. May God continue to bless and protect you and may you live long and prosper. Have a great day habibi!”

Note that the word ‘habibi’ an Arabic word meaning ‘darling.’