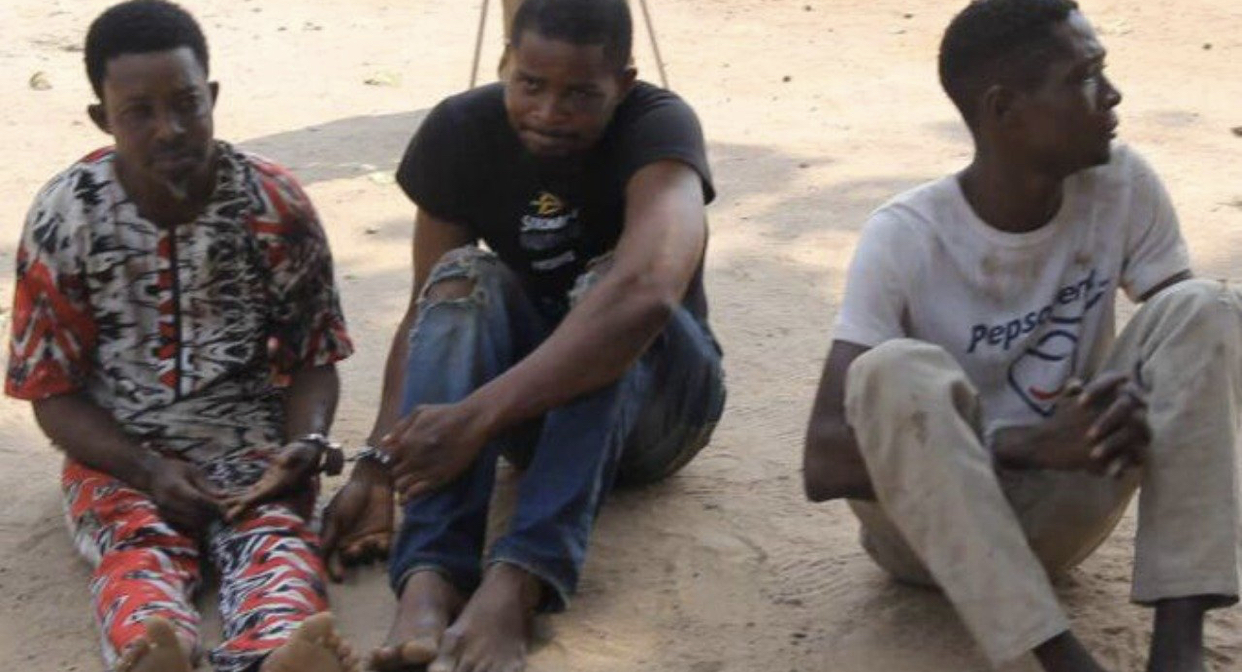 The suspected armed robbers were identified as Moses Keffi, 38; Odeyemi Oluwafemi, 42; and Isah Lawal, 28 were paraded by Osun State Police Command on Saturday.

According to the state Commissioner of Police, CP Olawale Olokode, the Joint Task Force (JTF) and police patrol team within the expressway arrested the suspects.

Olokode disclosed that two trucks were recovered while two handsets belonging to other victims were also recovered in their possession.

He, however, vowed that Osun State would get rid of criminal activities bewildering the state, adding that Osun would be brought back to the state of peace and tranquility.

“I am happy to inform you that on January 14, 2021 at about 4:00am, a gang of armed robbers fully armed with guns and other dangerous weapons invaded Osu/Ile- Ife expressway, attacked innocent motorists plying the road and hijacked at gunpoint two different trucks; one Iveco Truck with Reg no. DTM 113 AX loaded with toiletries worth millions of naira and one DAF 75 Truck with Reg No. JJJ 445 XT loaded with some empty sacks of cocoa beans.

“The victims were also robbed of their valuables such as their handsets and the sum of N30,000.

“The JTF and police patrol team within the axis were quickly alerted and immediately swung into action and arrested the suspects.

“The two trucks with the loads intact and the suspects’ operational vehicle (white bus) with Reg No. LSR 214 YC, were recovered while the two handsets of the victims were also recovered in their possession.”