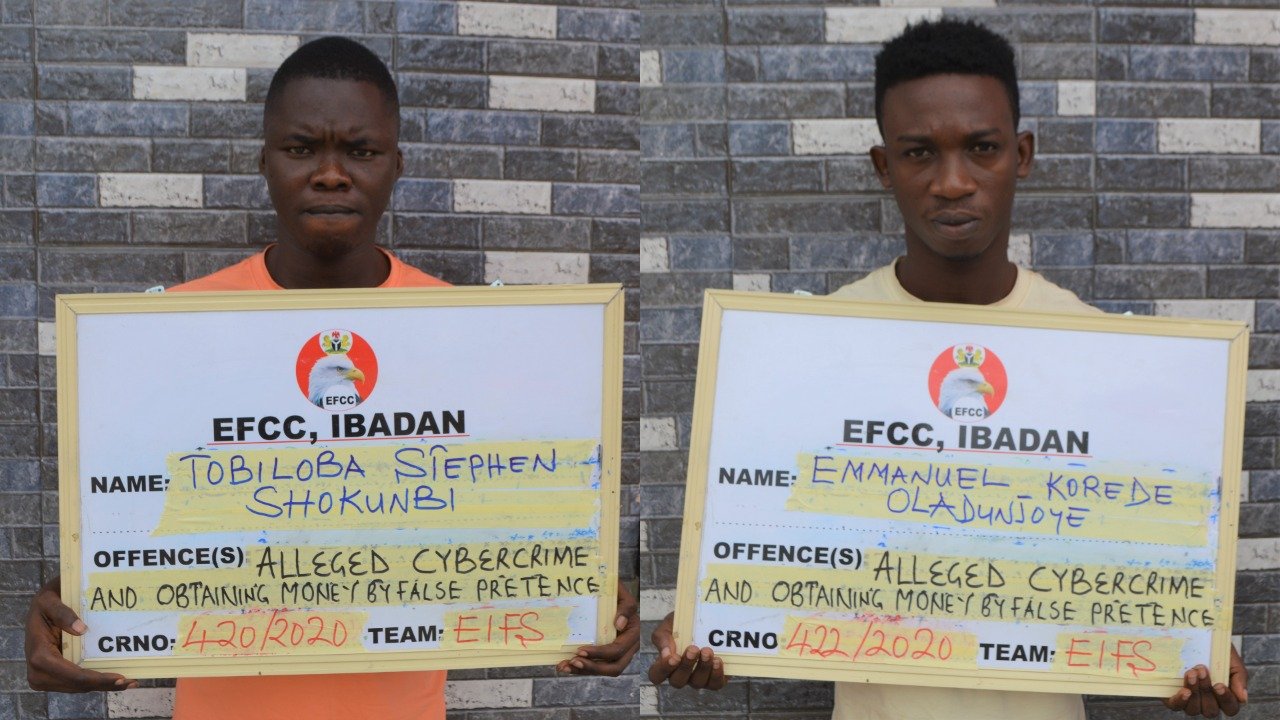 Both were found guilty of amended charges of criminal impersonation separately filed against them by the Economic and Financial Crimes Commission, EFCC, Ibadan Zonal Office.

Justice Watilat who presided over the matter ordered that the convicts forfeit all the items recovered from them in the course of investigation.

The presiding judge also ordered that Shokunbi and Oladunjoye restitute $1,000, and $160 and N200,000 respectively to their victims.