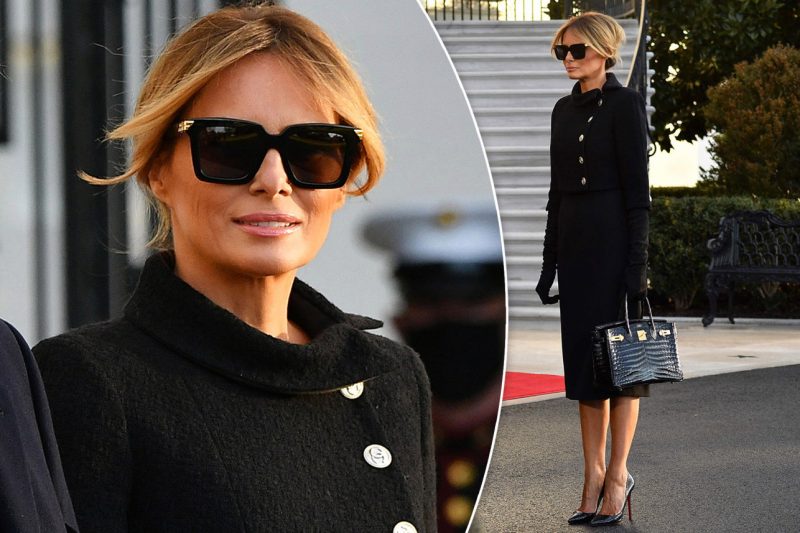 Melania Trump in chic mourning ensemble before departure from Washington

The chic mourning ensemble was not by any American designer, New York Post reported.

The jacket was by Chanel, the dress by Dolce and Gabbana and heels by Christian Louboutin.

Her purse, a crocodile Birkin bag from Hermès, is worth upward of $50,000.

Neither Melania nor President Trump wore masks before boarding Marine One for Mar-a-Lago in Florida.

It was a stark difference from the bright blue Ralph Lauren ensemble she wore four years ago at her husband’s swearing-in ceremony.

But the former Vice-President Mike Pence and second lady attended.