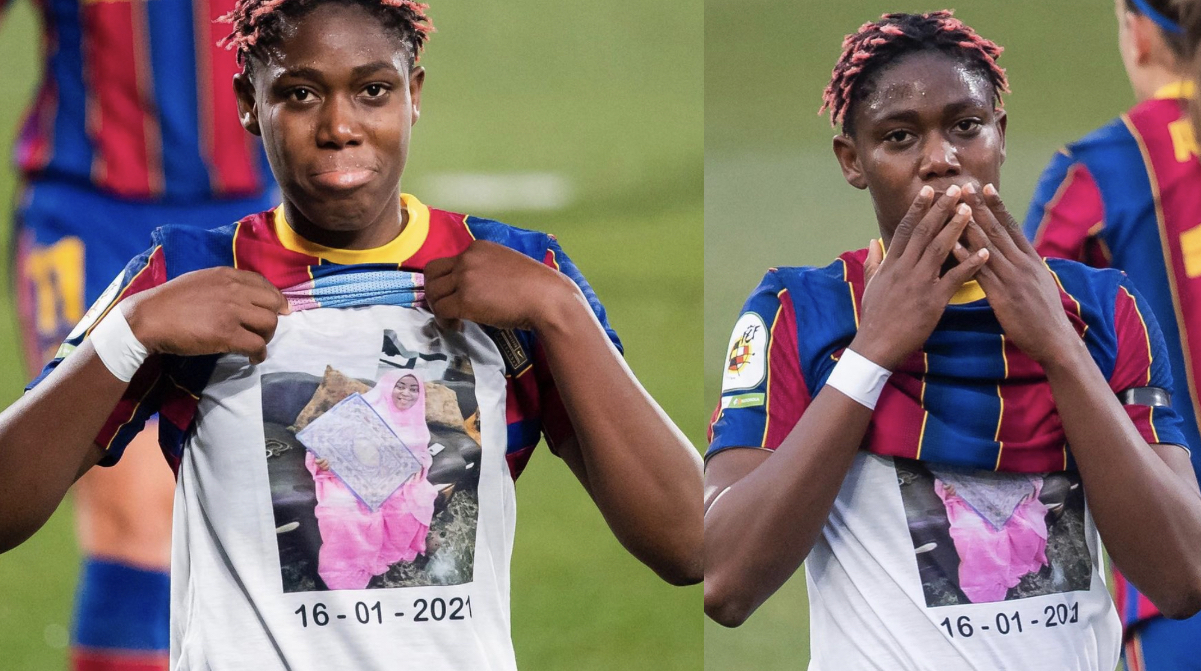 Super Falcons captain and Barcelona forward Asisat Oshoala unveiled a T-shirt dedicated to her step-mother who died recently after scoring a brace on Wednesday as Barcelona defeated Rayo Vallecano 7-0.

There was also a minute silence before the match in honour of Oshoala’s step-mother.

Barca dominated from the beginning with Mariona testing the Rayo keeper in the 2nd minute.

Jenni Hermoso gave Barca the lead in the 4th minute after what looked like a ping pong game in the Rayo area grin .

The ball bounced between several Barcelona players in the crowded Rayo Vallecano 6 yard box before Hermoso stabbed it into the goal.

Aitana doubled the lead in the 11th minute and then Oshoala extended it in the 15th minute.

Deadly winger Caroline Graham Hansen fired a long-range shot which the Rayo keeper parried but the 4-time African footballer of the year booted in the rebound.

She then lifted up her jersey to reveal a T-shirt that was dedicated to her step-mother who died a few days ago.

Alexia scored to make it 4-0 and was about to make it 5-0 before the break, but the Rayo keeper prevented it.

Midfield workhorse Kheira Hamraoui played in a long-range cross and Oshoala directed it back across goal and into the net in the 59th minute to give Barca a 5-0 lead.