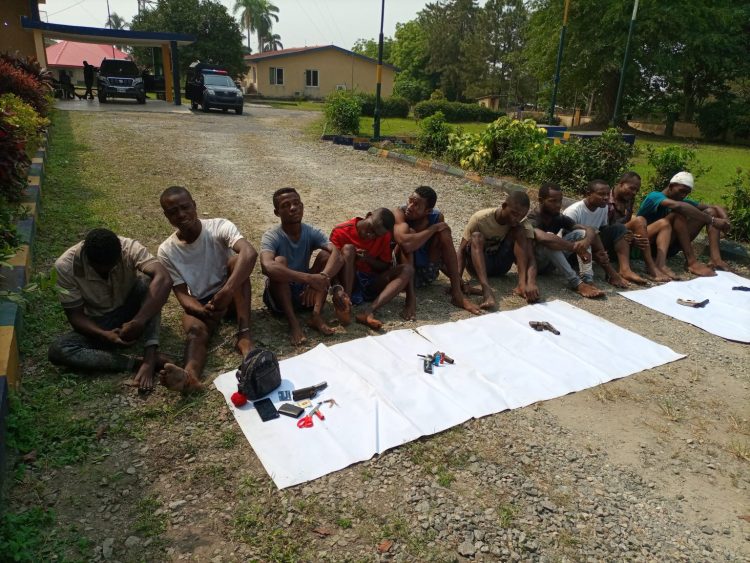 One live cartridge, one handset, ATM Card, Scissors, condemned substance suspected to be cocaine, two locally and one English made pistols with six rounds of 9mm ammunition were also recovered from the suspects.

The state Commissioner of Police CP Sikiru Kayode Akande said the suspects would be arraigned before a competent court very soon.

The state CP who was recently deployed to serve said he is not a stranger in Cross River, hence, the security situation in the three senatorial districts has already been taken note of.

“It is imperative to let the public know that I am in town strictly to ensure security of lives and property, as such, the command is going to wage relentless and serious onslaught on criminals across the state, he said.

CP Akande also revealed that he has a robust intelligence platform comprising of public and private individuals and confidence-building processes that will ensure economic and social development of the state.

He then warned community leaders against communal clashes highlighting the consequences of such anti-developmental events.

CP Akande urged all stakeholders to support and strengthen the Police with useful information without fear of molestation or betrayal to perform their constitutionally assigned role.