Tunisia condoles with Libya after 3 die in Tripoli explosion 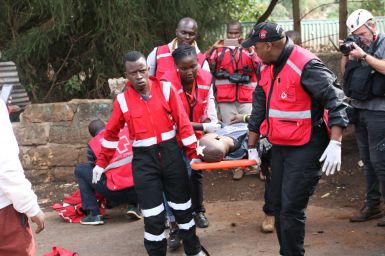 Tunisia has sympathized with the Libyan government and the families of victims of an explosion at the Janzour naval academy in Tripoli, which left three persons dead and five wounded.

In a statement issued by the ministry of foreign affairs on Wednesday, Tunisia reaffirmed “its full solidarity with the fellow Libyan people and its everlasting support for the efforts aiming to restore stability in this fellow country”.

Media reports that a fire broke out on Tuesday evening in a warehouse of the Janzour naval academy, in the western suburb of Tripoli, causing an explosion and claiming the lives of three persons, including the commander of the Academy.

The fire broke out hours after the visit of the chief of staff affiliated with the Government of National Accord, Mohamed Haddad, to the naval academy, located 11 km from the seat of the UN Support Mission in Libya.