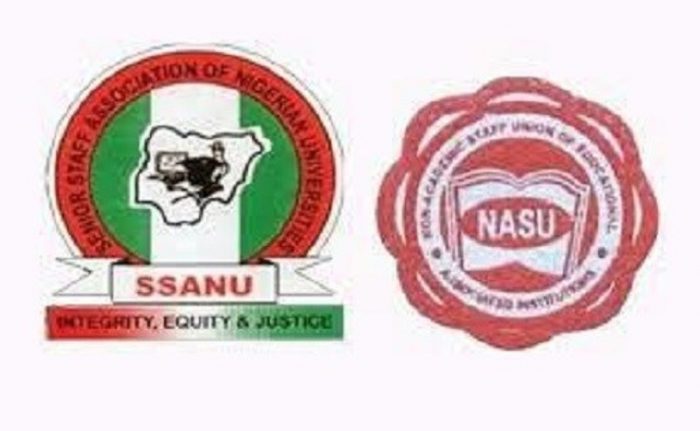 The non-teaching staff of federal universities have resolved to embark on a nationwide strike on  Feb. 5, over non implementation of agreement entered with the Federal Government.

The non-teaching staff is under the aegis of Senior Staff Association Nigerian Universities (SSANU) and Non Academic Staff Union of Universities and Educational Institutions (NASU).

Mr Peters Adeyemi, NASU General Secretary confirmed the strike in a joint news conference by the leadership of the Joint Action Committee (JAC) of the unions on Friday in Abuja.

Adeyemi said that JAC has given the Federal Government up to Feb. 5, to address its demands or face an indefinite industrial action.

“This is comprehensive and a total strike with effect from midnight of Friday, February 5, 2021.

“That the two weeks’ notice, effective from today, January 22 is hereby given to government and relevant stakeholders of this development,’’ he said.

Adeyemi said that demands of the unions include; inconsistencies in implementation of the Integrated Personnel Payroll and Information System (IPPIS), non-payment of earned allowances and non-payment of arrears of national minimum wage.

He said others were delay in renegotiation of FG/NASU and SSANU 2009 agreement, non-payment of retirement benefits of outgone members, neglect and poor funding of state universities.

He also noted that the unions were aggrieved over government’s failure to honour the Memorandum of Understanding (MOU) signed on Oct. 20, 2020.

The union scribe added that out of the seven issues, only one has been partially resolved while the other six have not been attended to by government, three months after the MoU was signed.

He, however, expressed dismay over the way and manner in which the N40 billion released by government as Earned Allowances was disbursed to the advantage of the academic staff.

“Our stand is that sharing money based on unions in the universities by the Federal Ministry of Education should stop.

“Our stand is that Federal Government must halt the release of funds for Earned Allowances until the outcome of the forensic audit conducted on the previous payments,” he said.