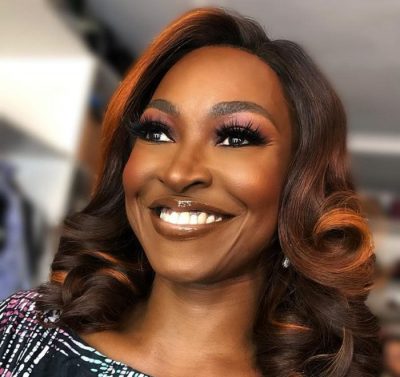 Africa Movie Academy Award winner, fitness coach and Nollywood actress Kate Henshaw shared an adorable picture on her page, and penned a message to her followers.

Henshaw has starred in over 45 Nollywood movies, auditioned for the lead role in the movie ‘When the Sun Sets’ and won the role in 1993, and this was her major Nollywood film.

She stated that individuals should stop worrying about what people think, as they would always have an opinion. Kate further mentioned that people should simply do their best.

“If you get back to basics, life is really not that complicated. Try to keep it simple. Stay true to who you are. Don’t worry about what other people think of you. They will always have an opinion. Just do your best.
Surround yourself with good people. Settle for nothing less!! – Mufti Menk”