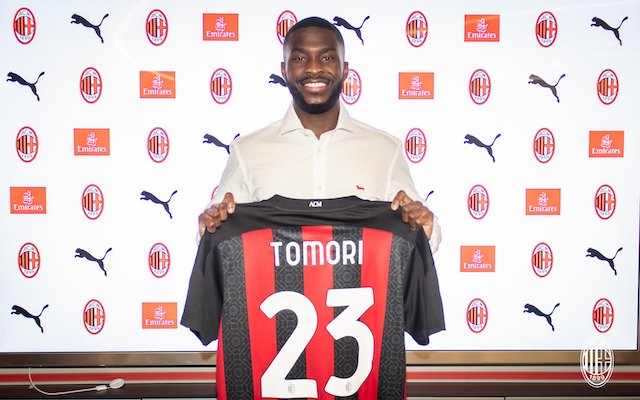 Fikayo Tomori was loaned from Chelsea to AC Milan on Friday through the end of the season, giving the Rossoneri an added option in defence in their bid to win Serie A.

Milan said the deal includes an option to make the move permanent — with a reported price of nearly 30 million euros (more than $35 million).

“AC Milan is delighted to announce the signing of Oluwafikayomi Oluwadamilola Tomori on loan from Chelsea FC until the end of the season,” the club said on their website.

“The defender has signed a contract until June 30, 2021, but AC Milan have an option to make the deal permanent…The defender will wear the number 23 jersey”.

The 23-year-old Tomori was born in Canada to Nigerian parents but represents England. Having spent his youth career at Chelsea, Tomori has also played in loan spells at Brighton, Hull and Derby.

He can play both centre back and right back.