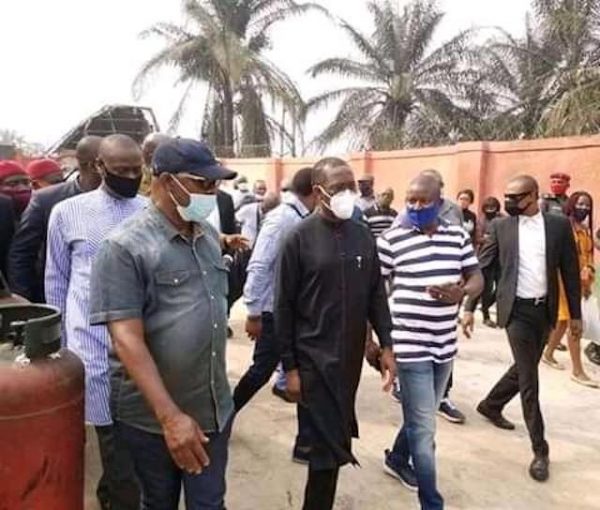 Okowa was accompanied to the scene by top government officials and top management of the Ika South Council.

He also visited the Agbor Central Hospital Agbor where he sympathized with those injured.

The explosion occurred Friday night at the plant on the Lagos-Asaba Expressway, close to Eye Clinic.

It left a trail of ruins, by the time it was extinguished.

The number of human casualties has not been officially confirmed.