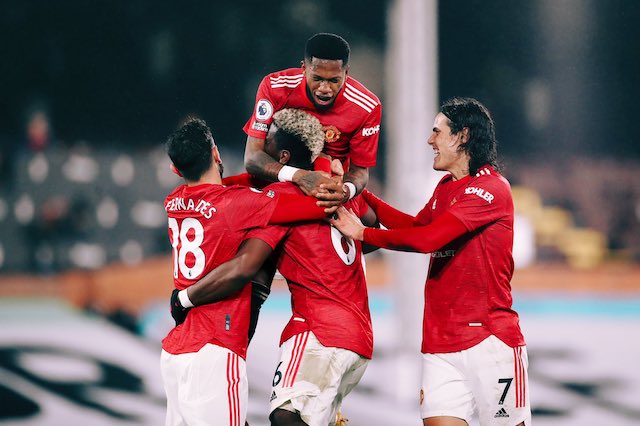 The prediction is certainly a heartbreak for United, having not won a title since 2012-13, after legendary Alex Ferguson departed as gaffer.

Although United are ahead of City with two points, City are expected to overtake them since they have a game in hand.

The number-crunching supercomputer of bettingexpert.com, also has bad news for underperforming Liverpool.

They are predicted to end up third in the title race, reports The Sun.

The Reds haven’t won since the 7-0 mauling Crystal Palace on December 19, with three draws and two defeats – most-recently losing their 68-game unbeaten home run against Burnley.

And the calculations suggest Tottenham will complete the top four, shunting rampant Leicester – set to be without Jamie Vardy for a few weeks through injury – down to fifth.