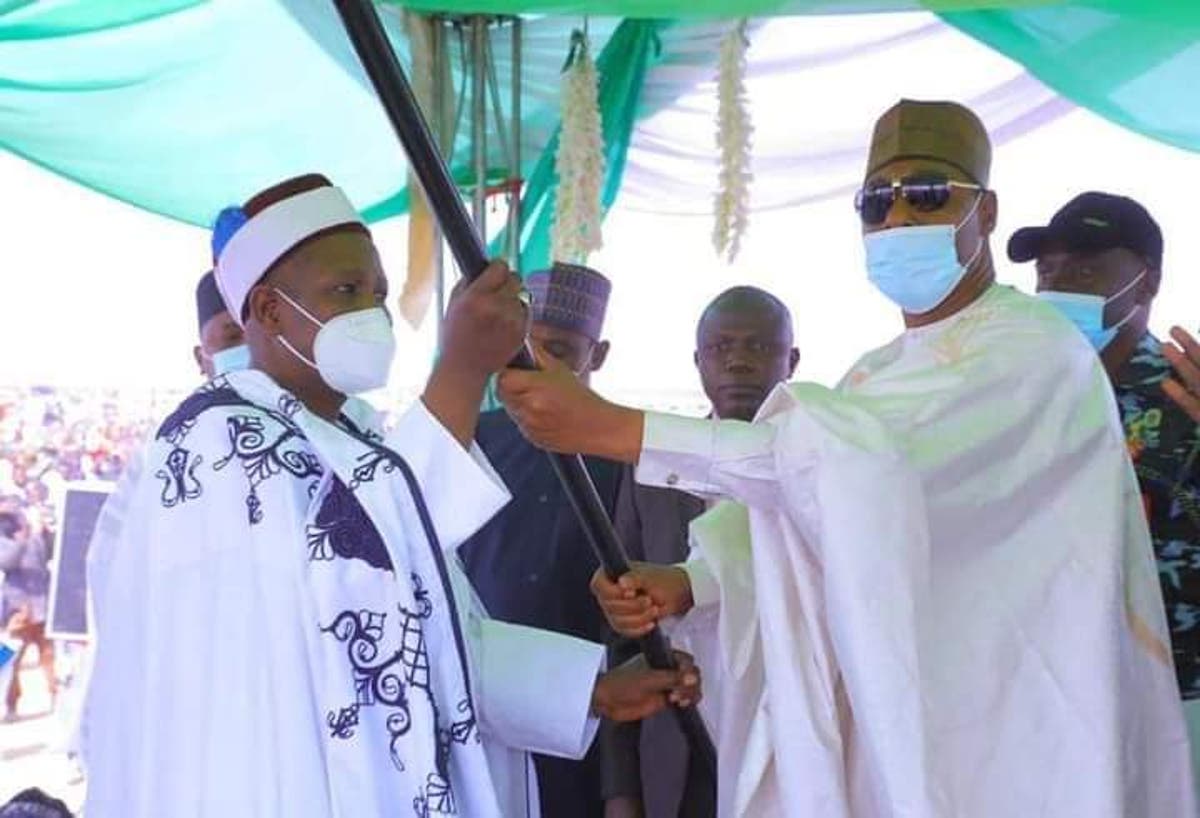 Borno Governor, Babagana Zulum, has presented a staff of office to the new Emir of Biu, Mai Mustapha Umar II on Saturday.

Zulum advised the new Emir to consolidate on the foundation put in place by his late father.

At a ceremony in Biu, Zulum also urged Umar to be fair, just and sustain support for government programmes.

The governor also urged the monarch to continue to mobilise his subjects on security consciousness and community policing.

Zulum commended the federal government, the military and other security agencies for the successes recorded in the fight against insurgency.

In attendance at the event were Shehu of Borno, Umar Al-Almin El-Kanami, Emir of Gombe, Abubakar Shehu, Chief of Army Staff, Tukur Buratai, among others.