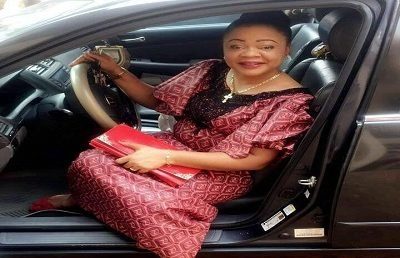 Esene: kidnapped by gunmen in Benin

The Spokesperson of the Nigeria Immigration Service (NIS), Edo Command, Mrs Bridget Esene, has reportedly been abducted by gunmen, while on her way to church, in Benin, on Sunday, an official said.

She was reportedly abducted by the gunmen, who trailed her to Iqueniro area, off Agbor Road, in the state capital, dragged her out of her car and taken her into their waiting vehicle.

A source at the NIS, who confirmed the incident, said “She was abducted at her church premises, around Agbor road area, this morning. Her whereabouts is yet unknown, as her abductors are yet to speak with her family.

“Her car has been recovered where it was dumped at Agbor road bye pass area, and we learnt that her abductors headed towards the Benin – Auchi road axis, off the by-pass,” the source, who craved anonymity, explained.

The Edo Police Command spokesman, Mr Chidi Nwabuzor, however, could neither confirm nor deny the abduction, saying that he was not in a position to speak on the matter.