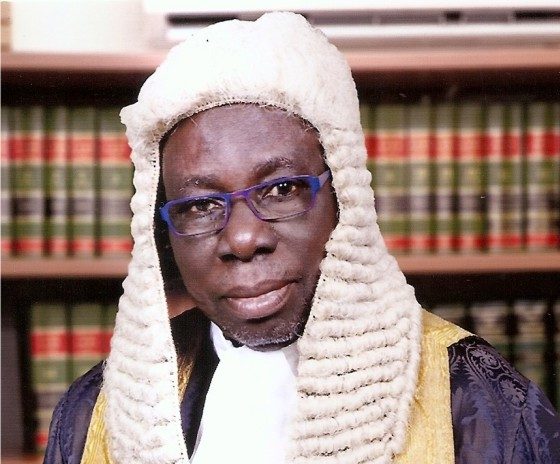 Abdullahi Ibrahim, a senior advocate and one of Nigeria’s leading lawyers is dead. His death happened in Abuja today of heart related problems. He was 82 years old.

Ibrahim from Kogi state was also Attorney General and Minister of Justice under the regime of General Abdulsalami Abubakar.

President Muhammadu Buhari, who confirmed Ibrahim’s death has also sent a message of condolence to the family and government and people of Kogi state.

Ibrahim during Buhari’s tenure as military head of state, served as Minister of Education, Science and Technology. He later served in the Ministry of Transportation.

In the message on Sunday, President Buhari described Abdullahi Ibrahim as an “exemplary lawyer and statesman with impeccable integrity who will be remembered for his selfless service to the country. He was an extraordinary philanthropist who rendered legal services without charge to many who could not pay.

“As Minister in my government, Abdullahi Ibrahim will be remembered for doing so much to empower the girl child, including access to education.

“His work as member of the Nigerian team that negotiated the Maritime Boundary Treaty between Nigeria and the Republic of Equatorial Guinea and the Unitization Agreement of the Zafiro/Ekanga Oil Fields has left an indelible mark on the trajectory of this country’s history and development. His accomplishments will continue to make us proud.”

After his early education, he went England to study law.

He was called to the English Bar in 1963 where he practised in chambers for a while before returning to Nigeria.

He was later called to the Nigerian Bar in 1964.

According to his bio-data published on his firm’s website, Ibrahim was at different times legal adviser at the then Ministry of Finance, Northern Nigeria and New Nigeria Development Company.

He was a one-time Senior State Counsel and head of prosecutions at the Ministry of Justice, Kano State; Alhaji Abdullahi Ibrahim has since 1973 remained in active private legal practice.

He was admitted into the Inner Bar as a Senior Advocate of Nigeria (SAN) (equivalent of a QC in England) in 1982. He is a Notary Public, a Life member of the Body of Benchers and was the Body’s Vice Chairman and Chairman between 1999 and 2001.