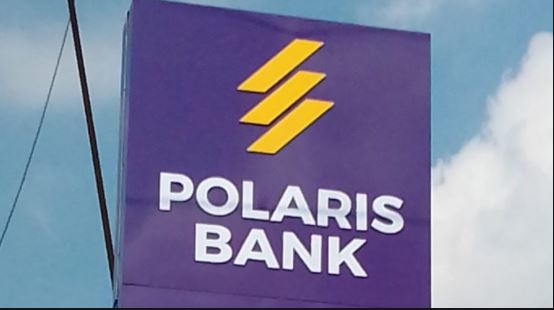 Polaris Bank said it will unveil its first set of millionaires in its ongoing ‘Save and Win’ promo on Feb. 9.

The bank in a statement on Sunday said that the first set of winners would be determined through a raffle draw.

“One millionaire will emerge with 60 others going home with N100,000 prize money each and several others winning instant consolation prizes,” it said.

The statement encouraged Nigerians to save a minimum incremental sum of N10,000 in three consecutive deposits of the remaining promo period, to qualify and be one of the 26 lucky winners to emerge millionaires in the promo.

It said that the nationwide savings promotional campaign was expected to give away N26,000,000.00 (twenty-six million naira) in total to its loyal existing and prospective customers who emerged winners.

“Eight millionaires will emerge altogether alongside 180 lucky customers who will be rewarded with other consolation cash gifts of N100,000 per person.

“The promo which commenced November 2020 will run through April 2021. It is aimed at making millionaires of everyday Nigerians by encouraging current and prospective customers of the bank qualify for the draws”, it said.

The statement said that the same process would be repeated in March adding that the grand-finale which would hold March, would lead to the emergence of 60 winners of N100,000 each across the six geo-political zones.

It said another six ‘Millionaires’ of N1,000,000.00 (one million naira) each, would emerge across the six geo-political zones, bringing the entire draw to a total of 188 winners.

The Managing Director/CEO of the Bank, Mr Innocent Ike, while kicking off the campaign in last quarter of 2020, said: “the essence of the exercise is to give back to customers and encourage savings amongst Nigerians”.

Furthermore, he explained that the campaign was a reward for traders, artisans, public servants and indeed professionals who in spite of the challenging times, were able to put aside some money.

He reiterated the need for people to save in tough times such as we are now, and not only to win a prize, but also to plan for the rainy day.

Explaining the mechanics of the campaign, the bank in the statement noted that “both current and new savings account customers of the bank are eligible to participate in the promo.”

It further disclosed that the magic of winning lies in the ability of the customers to continuously top up their savings with the minimum sum of N10,000 each month, for three consecutive months, which ensured that such customers had greater chances of winning above others.

The statement said that winners would emerge through a transparent electronically generated process that would be supervised by regulatory institutions.

According to it, Savings Account accessibility is simple and swift in Polaris Bank.

Prospective customers can dial *833*0# on their phones to follow the prompt or simply create or reactivate their own savings account from their devices by visiting https://accounts.polarisbanklimited.com/opening/ or any of the bank’s branches across the country.

Polaris Bank is a future-determining bank committed to delivering industry-defining products and services across all sectors of the Nigerian economy.