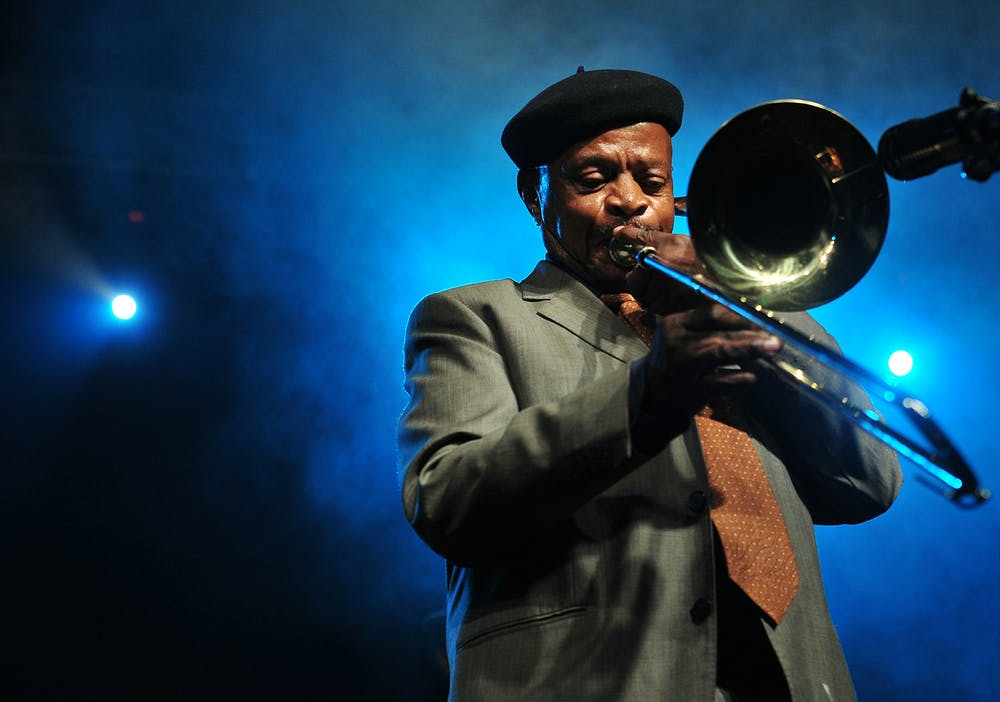 President Cyril Ramaphosa led the tributes to the legendary musician who was nominated for an Oscar for the theme song of the 1987 film “Cry Freedom”.

“A giant of our revolutionary cultural movement and our democratic creative industries has been called to rest,” Ramaphosa said.

“The trombone that boomed with boldness and bravery, and equally warmed our hearts with mellow melody has lost its life force” the president added.

There were no immediate details on how or where Gwangwa died.

Gwangwa was born in October 1937 in Soweto and went on to have a career spanning 40 years.

“He delighted audiences in Sophiatown until it became illegal for black people to congregate and South African musicians were jailed merely for practicing their craft,” the presidency’s statement said.

He was awarded the Order of Ikhamanga, South Africa’s highest national award presented for achievements in art and culture, in 2010.

The award recognised his work as composer, arranger and musical director of the Amandla Cultural Ensemble, a cultural group formed by activists from the African National Congress in the 1970s.