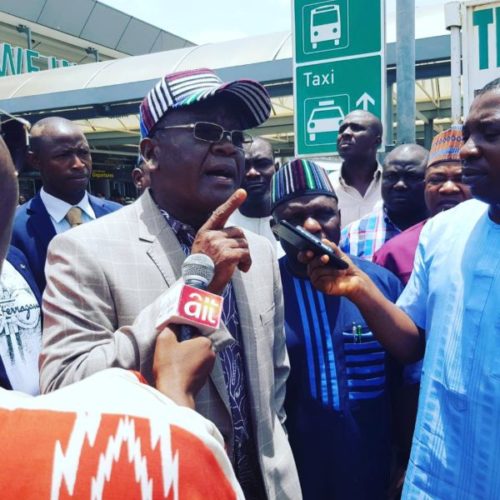 Ahead of the 2023 general elections, Gov. Samuel Ortom of Benue says he is not nursing any presidential ambition.

Ortom made the clarification in a statement by his Chief Press Secretary (CPS), Mr Terver Akase on Monday in Makurdi.

He appreciated his supporters and groups across the country, who were calling on him to join the 2023 Presidential race.

The governor said that he was concentrating on delivering governance to Benue people at the moment.

“I sincerely appreciate my supporters and interest groups who have taken to social media to call on me to join the 2023 presidential race.

“However, I wish to state that my preoccupation at the moment is delivering good governance to the people of Benue,’’ the statement read in part.

He particularly appreciated the Benue people for supporting his administration to succeed.

A group under the aegis of ‘Project Ortomise Nigeria Ortomatically 2023’ has called on Ortom to join the 2023 Presidential race.