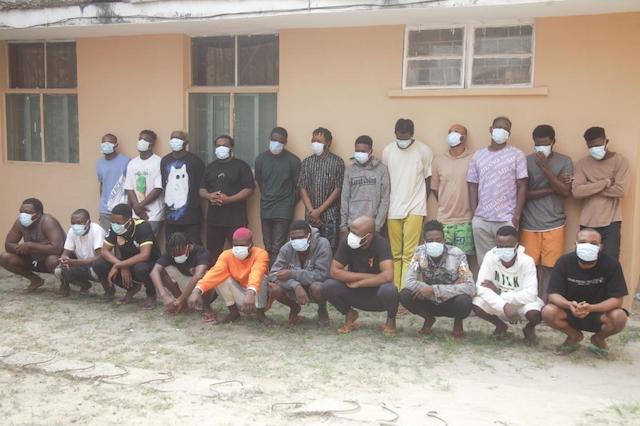 Twenty-two people, also known as Yahoo Yahoo boys, have been arrested in Sangotedo area of Lagos by the Lagos Zone of the EFCC for their alleged involvement in internet fraud.

They were arrested at their various homes at Terra Annex Estate, Sangoteddo in the Ajah area of Lagos, on January 23, 2021 following actionable intelligence.

They have undergone further interrogation and will soon be arraigned in court.

They were arrested at their hideouts in Mandela Housing Estate, Rumuokoro and Street 1, Radio Road Estate, Ozuoba.

The suspects will be charged to court as soon investigations are concluded.