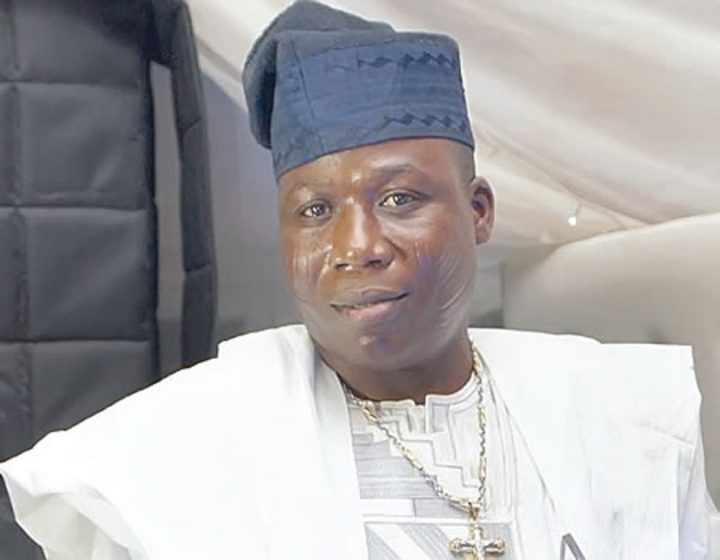 Sunday Adeyemo Igboho has reacted to the fire that gutted his old house in Ibadan early today, saying he was not going to blame anyone, until an investigation has been concluded.

Igboho said he was not in a hurry to blame any individual or group for the suspected arson.

He said he would allow authorities to conduct investigation into the incident.

“I cannot blame anyone right now for the attack, not even Fulani people,” he said by telephone hours after the attack.

“We have to thank God that nobody was killed, it is more important,” he said.

He however suspected that some fellow Yoruba were part of those who razed his residence.

“What I find surprising is that some Yorubas are in support of the herdsmen to set my house on fire. I’m saddened by it,” he said.

“When they knew they could fight, fire gunshots, and set a house ablaze, isn’t it where I stay that they are supposed to come? If they had come to the house where I stay, I would have had evidence for you people (journalists) because they won’t all escape.

“It’s either you meet their dead bodies or meet them with broken legs. I thank God that they applied wisdom by going to a house where they know that I don’t live and destroyed my properties and burnt it down.”

He also disclosed the value of damaged items in the residence could not be less than N50m.

On how he knew about the attack on his old house, Igboho, who spoke with journalists, said the arsonists fired gunshots before breaking in.

“Around 3.30am today, my younger ones residing at my old house rushed to my gate to wake me up, saying some bandits came to the house, fired gunshots, broke the gate and set the house ablaze. The two people at the house managed to escape. By the time I got there, the bandits had escaped. So, we called firefighters to help us put out the fire.”

On why he’s against the criminal herdsmen, Igboho said their atrocities in Yorubaland are preventing peace from reigning.

“These Fulanis are killing our brothers in our fatherland. They’re killing, raping, and kidnapping. All the things they are doing to us are not good. That’s why I’m trying to unite our people so that we can chase them away for peace to reign in Yorubaland,” he said.

Igboho’s property in Soka, Ibadan was gutted by fire at about 3am today.

He said he moved out of the property about a year ago to a new property also in Soka.

The notice followed a series of kidnapping and killing linked to the herdsmen.

A spokesman of President Buhari said the Inspector General of Police, Mohammed Adamu, has also ordered his arrest.

The arrest threat, so far, has not been carried out, even after Adeyemo met with the new police commissioner in Oyo State, Ngozi Onadeko.