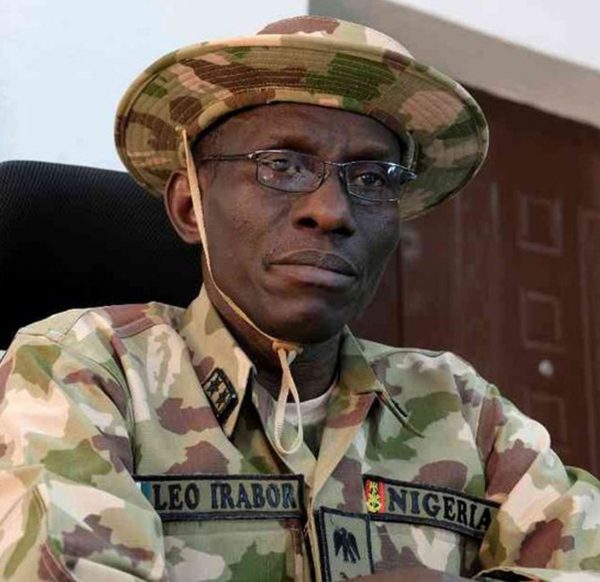 Here are the profiles of the new service chiefs appointed by President Muhammadu Buhari on Tuesday 26 January.

According to the appointments, Major-General Leo Irabor replaced General Abayomi Olonisakin as Chief of Defence Staff.

Major-General Leo Irabor was born on October 5, 1965 and hails from Ika South LGA of Delta State.

He is a trained Engineer from Obafemi Awolowo University and holds two Masters degrees from the University of Ghana, Accra, and Bangladesh University of Professionals, Dhaka.

He was also Commander, Training and Doctrine Command (TRADOC).

Air Vice-Marshal Isiaka Oladayo Amao was born on 14 Sep 1965 at Enugu. He hails from Oshogbo in Osun State.

He was the Director of Procurement at the Defence Space Administration.

He was a former theatre commander of Operation Lafiya Dole.

He was appointed in May 2017 to replace Irabor.

Six months later, he was replaced by General Nicholas Rogers.

He was the GOC of the 82 Division, Nigerian Army before his appointment as Chief of staff of the army