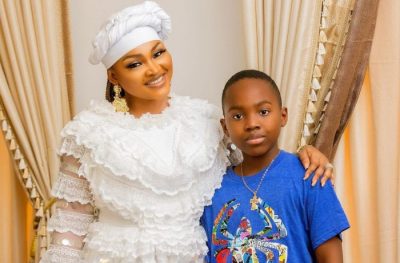 Mercy Aigbe, a popular Nollywood actress and businesswoman, took to social media to gush over her lookalike son, Juwon Gentry.

The 43-year-old revealed that the boy is the love of her life.

Sharing the photo, the actress captioned it;

“Love of my life”

Olajuwon is the actress’ only son and a second child who recently turned 10.

Actress Mercy has often described her son as her mini-me in a male version.