My encounter with Tinubu at Bourdillon: Facts of the matter - Sunday Igboho 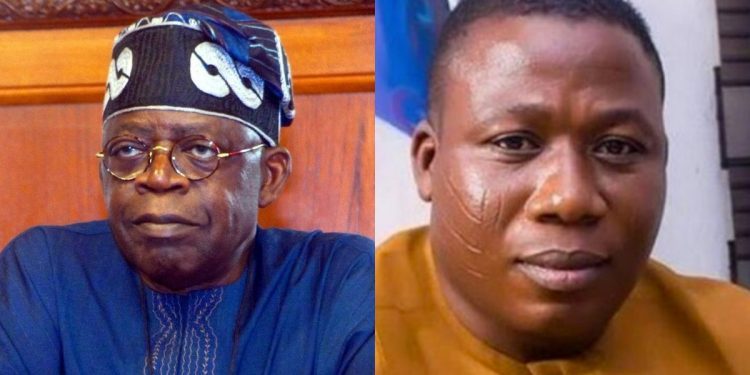 Yoruba activist, Sunday Igboho on Tuesday narrated his encounter with the National Leader of the All Progressives Congress, APC, Asiwaju Bola Tinubu at Bourdillon and how he got N2 million for fuel.

Igboho in a live chat with Dele Momodu on Instagram said he once with Tinubu during the build-up to the governorship election of Mimiko in Ondo State.

He said he supported his opponent during the campaign but that his godfather, Senator Rasheed Adewolu Ladoja, told him Tinubu wanted to see him.

Igboho said Ladoja also told him to please Tinubu in every way, adding that Tinubu later called him on the phone and asked him to meet him at his Bourdillon residence in Lagos, which he honoured.

According to him, at Tinubu’s residence, the former governor of Lagos urged him not to support the PDP in the Ondo State Governorship Election.

Igboho stated that Tinubu told him that the PDP frustrated Ladoja in office as governor and eventually impeached him, adding that it was payback time for the PDP.

Igboho said: “I pledged my cooperation and left the place but before leaving his residence, he gave me N2m to fuel my vehicle. That was the last time I met him. Tinubu is still alive and he can attest to this.”