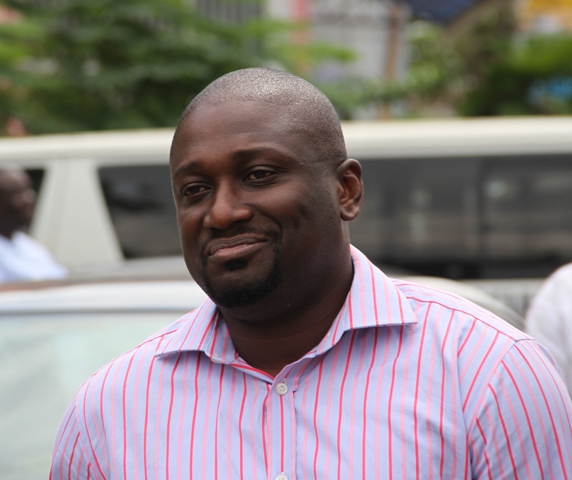 The Economic and Financial Crimes Commission, EFCC is prosecuting Peters, alongside his company, Nababo Energy Limited, for allegedly obtaining N1,464,961,978.24 from the Federal Government as oil subsidy using forged documents.

They pleaded “not guilty” to the charge preferred against them.

At today’s sitting, Justice Balogun admitted in evidence, two letters from Q & Q Services Nigeria Limited written to the EFCC in response to two investigation letters earlier sent to the company by the anti-graft agency with regards to the transactions.

The two letters dated 20th March 2013 and 28th March 2013 were tendered in evidence by S.K. Atteh, the prosecuting counsel through the fifth prosecution witness, Abdulrasheed Bawa.

Identifying the documents, Bawa, an EFCC operative told the Court that the two letters from Q & Q Services Nigeria Limited were in response to the request of the EFCC to furnish it with the documents relating to a transaction involving Nadabo Energy Limited.

According to Bawa, after studying the documents submitted to the Petroleum Products Pricing Regulatory Agency, PPPRA, indicating that the defendant imported about 14,000 metric tonnes of PMS, the EFCC wrote an investigation activities letters to Q & Q Control Services Limited requesting for the authentication of the documents.

Atteh tendered the original copies of the letters.

No objection was raised from the defence counsel, Habeeb Oredola, who held the brief of J.B. Daudu.

Justice Balogun thereafter admitted them in evidence as Exhibit L1 and L2.

The trial judge, also admitted in evidence as Exhibit K1 and K2, the copies of the two investigation letters written by the EFCC to the Q & Q Control Services Limited to which the company responded to through Exhibit L1 and L2.

Testifying, further, Bawa noted that Q & Q was contacted to confirm the genuineness or otherwise of the documents submitted by the defendant to PPPRA for the transaction.

He explained that from the analysis of the response, “we found out that contrary to the claim of the defendant as par Exhibit B, which they submitted to PPPRA to claim subsidy, the defendant imported only 4,850 metric tonnes of PMS as opposed to 14,000 metric tonnes that he claimed to have imported.”

According to him, following up on the investigation, the Q & Q Control Services Nigeria Limited was further requested to furnish the EFCC with all the shipping documents in respect of the ship-to-ship transfer.

He told the Court that the analysis of the shipping documents further confirmed that the defendant only imported 4,850MT contrary to the claim of the defendant.

Further testifying, he said, “We also found out that Staco Insurance purportedly issued a certificate of marine insurance for this transaction.

“We made a copy of it and wrote an investigation activities letter to the insurance company attaching the said certificate with number 0047851.

“They acknowledged receipt and responded to our request in writing in which they confirmed that the attached certificate was forged.

“However, also attached to their response was a copy of the authentic certificate of insurance with the same number issued to the defendant.

“We studied the response and wrote another letter to Staco Insurance Plc requesting for the company to furnish us with the documents submitted by the defendant for the purpose of acquiring the insurance.”

Bawa told the Court that the insurance company responded in writing attaching copies of the requested documents, including the proforma invoice given to the defendant by Petrocam.

He, thereafter, identified the copies of the letters written to the insurance company and the responses received by the EFCC.

However, when the prosecution sought to tender them in evidence, the defence team raised objection to their “admissibility and tendering”.

Thereafter, Justice Balogun adjourned till February 2, 2021, for “ruling and continuation of hearing”.