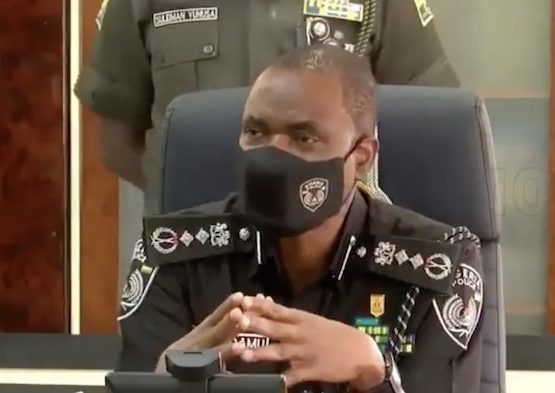 The Inspector-General of Police, Mohammed Adamu, has warned police officers against mounting checkpoints in the form of roadblocks on Nigerian roads.

The IGP who spoke during an interview with Channels TV warned that any officer caught while mounting a checkpoint will be punished.

“To date, checkpoints in terms of roadblocks are banned, any police officer that engages in that is doing an illegal duty and if he is caught will answer for it,” the IGP said.

The IGP explained that instead of checkpoints, the police had resorted to stop-and-search operations, allowing policemen to search while on patrol.

“What we have is stop and search; while you’re on patrol and you suspect a group of people or vehicles, then you stop them, ask questions. If you want to search, if you think there are any incriminating items in the vehicle, search, if you don’t see anything, they pass,” explained the police chief.

Berating the culture of the roadblock, Mr. Adamu revealed that the force had set up a monitoring unit to ensure that officers comply with the checkpoint ban.

Police roadblocks have become a major point of inconvenience for Nigerians’ daily commute, as officers often use them to extort and brutalize citizens.

Total abrogation of the policy was amongst the key demands of the historic #EndSARS campaign last October.