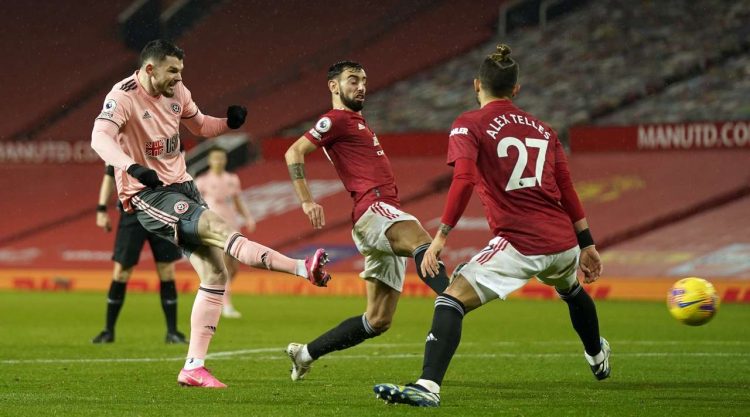 United were looking to go top ahead of Manchester City with a win, but the bottom side proved a hard nut to crack, with a shocking victory that left many disappointed.

The visitors opened scoring on 23 minutes from a Kean Bryan’s header.

John Fleck took the corner and Kean Bryan managed to jump the highest in the box and planted a precise header in off the left post.

Alex Nicolao Telles had taken a corner, Harry Maguire got his head on the ball from the corner and puts it into the bottom right corner.

United mounted the pressure to get the winning goal, but it was Sheffield United that broke the heart of United’s fans, with a 74th minute goal.

Oliver Burke picked up the ball inside the box, found himself in a good position and fired in a shot which was deflected past David de Gea.

Despite possessing 76 percent of the ball United could not dent the Sheffield United’s defence to equalise.