Impeachment: Can Trump survive it? 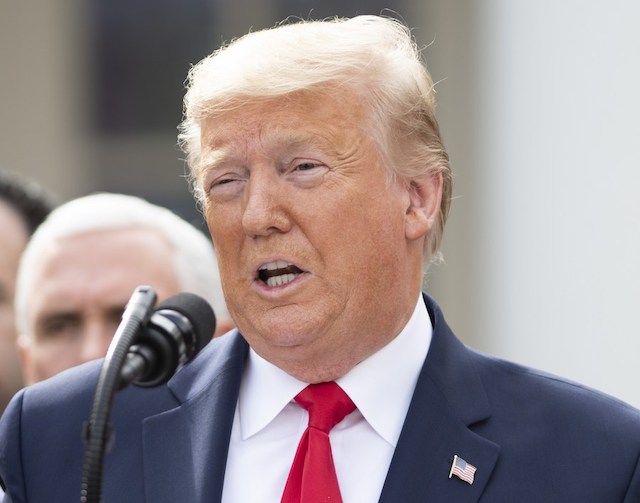 Though the die is cast and the democrats are determined to impeach former American President, Donald Trump, for what they described as “incitement of insurrection,” there are several issues that will determine whether he can survive it or not.

One of the issues is partisan politics. It would take a two-third majority (67 votes) to convict the former president. But the question is: will the democrats who are speaking with one voice in the senate be able to muster enough support from the Republicans?

One of the features of party politics in any democracy is partisan alliances – the tendency of party members to align with party interest, no matter whose ox is gored. There are already signs that that majority of the Republicans are ready to support the former President in his impeachment trial.

This indeed will definitely stall the impeachment process. If for instance, all the democrats and the two independent senators caucusing with the democrats vote for Trump’s impeachment, they still require the support of 17 Republicans to achieve that.  But from the way things are going, that possibility may be a tall order.

Tuesday’s proceedings on the floor of the senate has shown that all 50 Democrats and only five Republicans did not support the push to throw out the case before the trial begins. That narrow victory notwithstanding, it shows that the Democrats will struggle to persuade 17 republicans to join their camp.  Whether they will succeed remains to be seen

The other issue which the 45 Republicans senators who voted against the impeachment trial are holding on to is whether it is constitutional to impeach a former president, since he is no longer in office. Senator Rand Paul, Republican of Kentucky, argued that it was unconstitutional to hold an impeachment trial of a former president. However that view has been widely disputed by scholars and even the Senate itself in the past.

“Private citizens don’t get impeached. Impeachment is for removal from office, and the accused here has already left office,” Paul said, calling the trial “deranged” and vindictive. He, however, declared victory, saying: “Forty-five votes mean the impeachment trial is dead on arrival.”

However, Senator Lisa Murkowski, one of the five Republican senators, who crossed party lines to pitch tent with the Democrats yesterday, picked holes in Paul’s argument, saying it is constitutional to impeach a president who is no longer in office. “My review of it has led me to conclude it is constitutional in recognizing impeachment is not solely about removing a president, it is also a matter of political consequence,” she said, calling Trump’s actions unlawful.

Still, Democrats bluntly rejected the argument that the proceeding was unconstitutional. “The theory that the impeachment of a former official is unconstitutional is flat-out wrong by every frame of analysis,” said Senator Chuck Schumer, Democrat of New York and the majority leader.

However the issue of whether it is constitutional or not to impeach a public office holder after S/he have left office is not new in the United States. There is already a precedent. In 1797, the House impeached Senator William Blount for conspiracy. The Senate tried him, even though it had already expelled Blount

In 1876 as the House was about to impeach him on corruption charges, William Belknap, Ulysses S. Grant Secretary of War hurriedly tendered his resignation in tears just before Congress could act. The House proceeded anyway, and when the case arrived in the Senate, majority of the senators insisted that it retained jurisdiction to hear the case, notwithstanding Belknap’s resignation. Though the Senate eventually acquitted him.

However, there is another twist. During the impeachment trial of U.S. District Judge Samuel B. Kent in 2009, after Kent’s resignation took effect, the House of Representatives passed a resolution asking the Senate to stop his trial.  Two days later, the Senate agreed to end the trial.

Some Republicans also hinged their support for Trump on the grounds that impeaching the former president could be damaging to the party and also have disastrous consequence on a nation that is already divided. But Democrats have also countered that argument. They are saying that in order to achieve unity there must first be accountability. And that if indeed the former president were to be guilty of  inciting insurrection, not holding him accountable would be setting a dangerous precedent.

It is important to note that this is the third time in US history that an impeachment process is underway in Washington.

However, many believe that it is a foregone conclusion as the Democrats would not be able to garner enough support in the senate to get the requisite two-third majority to impeach the former president.