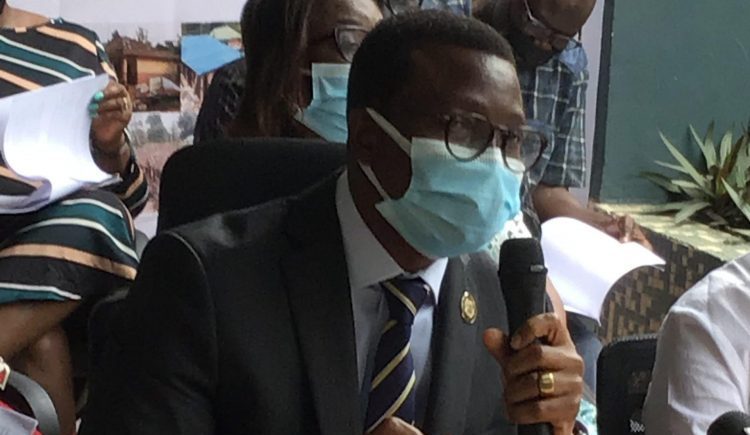 The Special Committee on Rehabilitation of Public Schools (SCRPS) in Lagos on Wednesday disclosed that 92 dilapidated public schools have been renovated in the State.

Chairman of the Committee, Hakeem Smith at a news conference in Ikeja, Lagos said the renovation cut across the six education districts of the State.

He said with education and technology ranking uppermost in the Babajide Sanwo-Olu administration’s THEMES Agenda, the government swiftly began the implementation of its plan to improve the quality of education in the state.

Smith said after the visitation to schools for needs assessment and justification, a comprehensive list was compiled for 2020 project and divided into two phases.

He explained that the first phase projects comprise about 300 new classrooms, hostel blocks, provision of about 100,000 student furniture in secondary and primary school and rehabilitation interventions in 92 schools, emergency intervention in 42 schools in Lagos, among others after necessary processes and documentation were concluded.

“The year 2020 was a challenging one globally because of the coronavirus outbreak, which grounded virtually the whole economy. Yet we made substantial progress with our phase one projects. To date, the construction of about 300 classrooms are at various stages of completion.

“The construction of seven new hostel blocks, which will provide about 1,400 beddings, re nearing completion in the model colleges. In addition, the construction of eight watchtowers with alarm bells and perimeter fences to enhance security are already in place in those schools.

“The rehabilitation and emergency interventions are almost completed in most schools as they have shorter project circle. Furniture works on the other hand are visible in most of our schools as they are already in use,” he said.

Smith lamented that the COVID-19 pandemic disrupted the commencement of the phase two projects in 2020, but said other notable initiatives began in some communities.

He disclosed that about 18,000 people were directly or indirectly employed in the executions of the projects, saying that as government continued to expand the scope of the programme, more hands were being employed in all Local Governments and Local Council Development Areas of the state.

Smith added that construction created micro and mini form of employment for people, saying that employment opportunities created as a result of this intervention had an immense social benefit through wealth creation.

The SCRPS boss said going forward, the committee aimed to build new schools and new classroom blocks in existing schools, provision of furniture for students, teachers and principals, incorporating Information Communication Technology, ICT, to drive teaching and learning though infrastructural needs, among others.