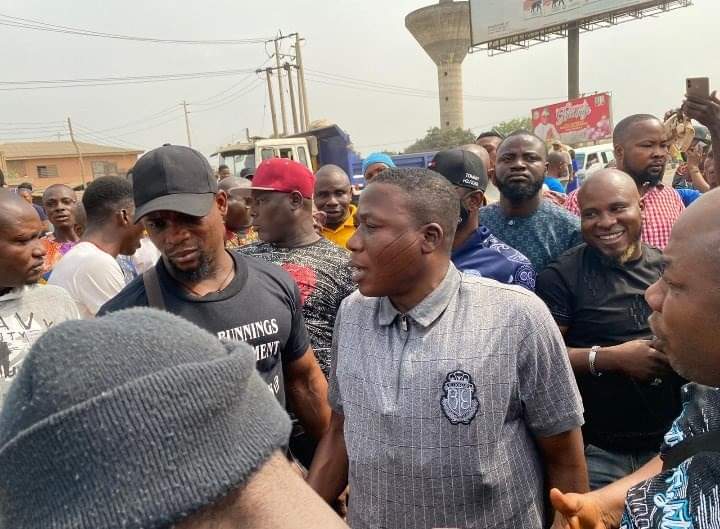 Igboho stormed Ogun on Monday, on his way to Ketu in Yewa North Local Government where soldiers escorted herdsmen to graze in the community and beat up residents recently.

He stopped over in Abeokuta where he addressed his supporters before proceeding to Yewa.

He said he observed there was an injustice from the herdsmen because they knew the power that they have in the Federal Government.

“So, they behave as if Yoruba people are nobody. They kill our people, they kidnap our people, and they rape our women,” he lamented.

According to him, any Fulani herdsman who engaged in kidnapping would be flushed out.

Igboho added that his activities would not only be limited to Igangan, Ibarapa area of Oyo, but in all Yorubaland and ensure there is peace.

He also said he would nor be visiting Governor Dapo Abiodun now until he and his supporters had flushed the Fulani herdsmen out of the state.

Igboho added that he was going to Yewa because that is where the Fulani were wreaking havoc.