Nigeria to reduce duties on cars, other vehicles 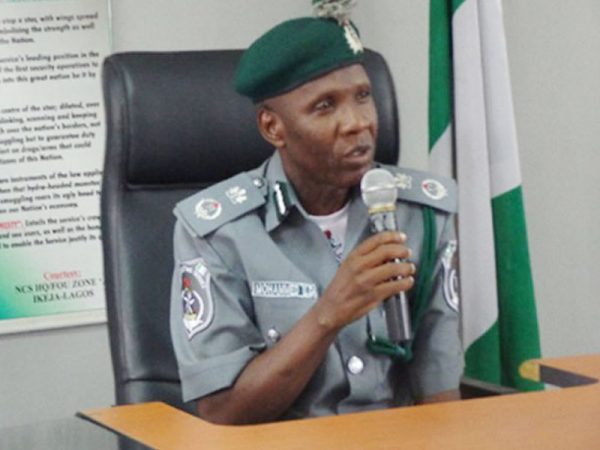 Mohammed Uba Garba, head of customs in North central: base in Kwara attacked by mob

Nigeria Customs Service (NCS) says the duty rate on cars and other vehicles will soon be reduced.

Kathleen Ekekezie, Assistant Comptroller-General, Zonal Coordinator, Zone `A’ Headquarters, NCS, made the disclosure while receiving the executive members of the Lagos State Council of the Nigeria Union of Journalists (NUJ)  in her office in Lagos on Wednesday.

She said that the zone was waiting for the Federal Ministry of Finance to issue a circular for Customs to implement.

She noted that the service was now fully automated, saying that importers could no longer come with doctored Bill of Lading.

According to her, once the valuation of the vehicle is done, it will be in the system and so importers will be compliant with import rules and regulations.

“Also, if you have brand new vehicles, you must have the Pre-Arrival Assessment Report (PAAR),’’ Ekekezie said.

On donated items coming into the ports, she said that the Federal Ministry of Finance had automated the grant of Import Duty Exemption Certificate (IDEC).

The customs chief explained that the consignee would write the Federal Ministry of Finance for IDEC.

According to her, the next thing is to walk to the NCS  and make proper declarations.

She added that the service had a good relationship with community leaders and advises them not to support smuggling.

Ekekezie, however, suggested that for border communities, there should be good roads, more hospitals, and schools as well as cottage industries to create employment.

“African Growth and Opportunity Act (AGOA) industries can be sited along with the border areas. If the government can do this within a short period of time, smuggling will no longer be attractive,’’ the customs chief said.

She described the media as friendly and a very important part of the service.

The Chairman of the NUJ Lagos State Council, Mr. Adeleye Ajayi, commended the service for exceeding the one trillion naira mark since 2017.

He also lauded the service for recording a total revenue of N1.5 trillion in 2020 and exceeded the target of N1.38 trillion target set for the command in the period under review.

The NUJ Chairman also lauded the service for the speedy deployment of scanners at the ports and border posts.

Ajayi commended the zonal coordinator for the effective administration of the 13 commands and units under her jurisdiction.

He said that the service had done well in its tripod functions of collection of customs revenue, facilitation of international and national trade, and anti-smuggling activities.

However, he solicited the assistance of the service in terms of training and retraining of members in order to effectively report the activities of the service and avoid being misquoted.

Ajayi also called for the assistance of the service in the completion of the ongoing remodeling of the secretariat of the union at Ikeja, Lagos.