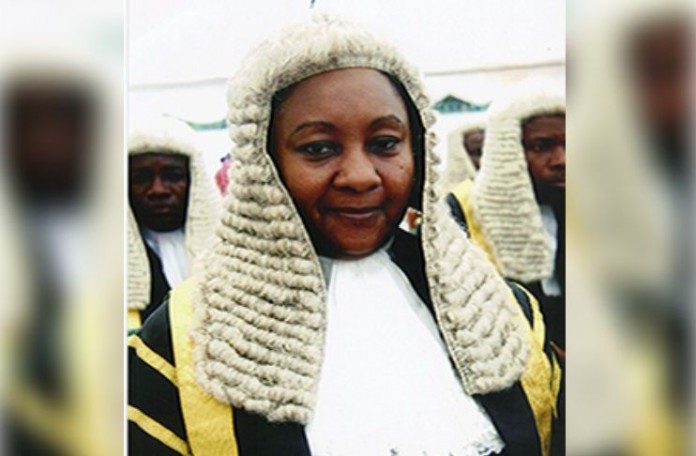 There is panic in Federal High Court, Abuja over COVID-19 after one of the Justices, Binta Nyako tested positive for the deadly virus.
The News Agency of Nigeria quoted a competent source as confirming that the judge tested positive for the virus and is expected to be on isolation.
However, Justice Nyako, on Jan. 28, attended the valedictory court session held at the Ukeje Hall of the court’s headquarters in Abuja in honour of Late Justice Ibrahim Watila who was buried last weekend.

Justice Watila of the Abeokuta Division of the court, who passed away after a brief illness.

The valedictory session was presided over by the Chief Judge, Justice John Tsoho and was attended by judges of the court across the country, including lawyers and the late Watila’s family members.

While it was not certain if she contracted the virus during the event, there are fears that others Judges who attended the valedictory session may have also been infected with the virus.