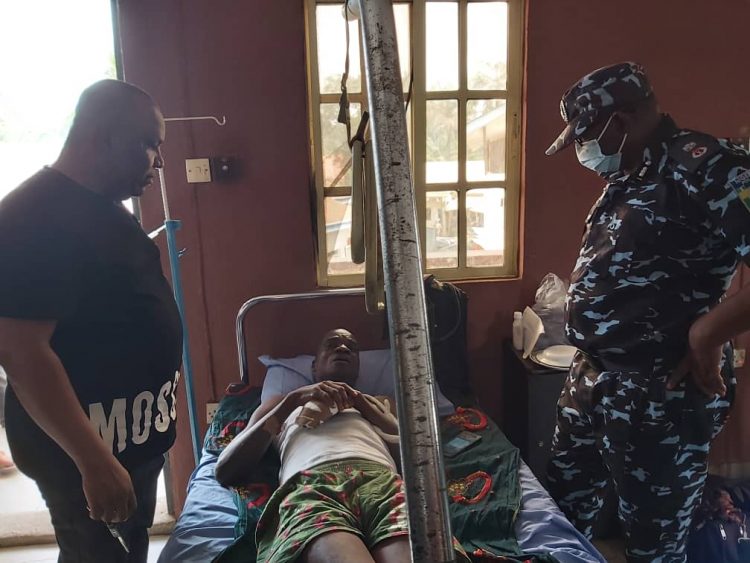 Imo Polic CP, Nasiru Mohammed during a visit to one injured officer

Three other policemen were injured as they repelled the attack.

In a press release by the state Police PPRO, Ikeokwu Orlando, the hoodlums attacked in large number.

The Imo State Commissioner of Police, CP Nasiru Mohammed, has ordered the command’s Quick Intervention Team (QUIT) and other tactical teams to commence investigation into the incident.

The CP visited the station for “on the spot assessment and evaluation” of the incident.

He also visited the injured officers and ordered their evacuation to Owerri, for proper medical attention and treatment.

The CP was accompanied by the command’s medical Officer, Commander QUIT, as well other tactical Commanders of the command.