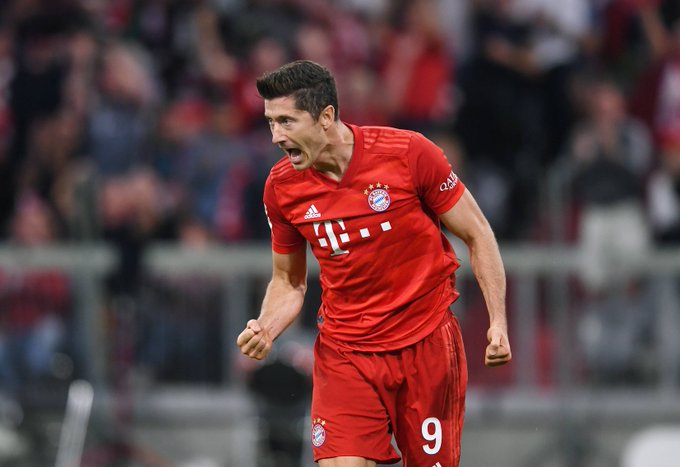 European champions, Bayern Munich have cruised into the Club World Cup final where they will face Mexican side Tigres UANL.

This was after two goals from Robert Lewandowski gave them a clinical 2-0 win over Al Ahly on Monday.

Bayern Munich will meet CONCACAF Champions Tigres in the showpiece match on Thursday in a bid to win their second title in the competition.

The match will come after Egyptians Al Ahly, the African Champions League winners, take on Copa Libertadores holders Palmeiras of Brazil in the third-place playoff.

The German team’s manager Hansi Flick was delighted with the outcome and pointed out that they were on the front foot throughout the contest.

“We were clearly the better side and, although we lost some momentum in the second half, we ran out well-deserved winners,” he said after Bayern Munich brushed aside their rivals.

Forward Thomas Mueller added: “We were composed and we’re glad that we avoided a slip-up as Al Ahly are a big club in Egypt. We should have scored the second goal sooner.”

Having seen Palmeiras suffer a shock 1-0 defeat by Tigres in the first semi-final on Sunday, UEFA’s Champions League winners Bayern Munich took nothing for granted against a rugged Al Ahly side.

They pegged back the African club champions from the start and Poland striker Lewandowski fired them ahead in the 17th minute.

He drilled in a shot from eight metres after Serge Gnabry squared back a Kingsley Coman effort across the face of goal.

Lewandowski dinked a shot over the bar after a flowing move in the 37th minute and left-back Alphonso Davies fired just wide in the 40th minute as Bayern Munich kept pressing.

Al Ahly came forward with more purpose in the second half as the pace dropped but Bayern Munich dominated possession.

Lewandowski sealed the contest with another trademark finish in the 85th minute.

Substitute Leroy Sane won the ball on the right flank and swung in a superb cross for the prolific Lewandowski to nod home at the far post from close range.

It took his season’s tally to 29 goals in 27 games in all competitions.

Flick stressed that he was aware Bayern Munich faced a tough challenge against plucky Tigres, whose French striker Andre-Pierre Gignac has scored all three of their goals in the competition en route to the final.

“They’re a very dynamic and athletic team and we will have to counter them well,” said Flick. “We’ve drawn the right conclusions from watching their game against Palmeiras.”