Bobrisky gifts another fan N1 million for tattooing his name 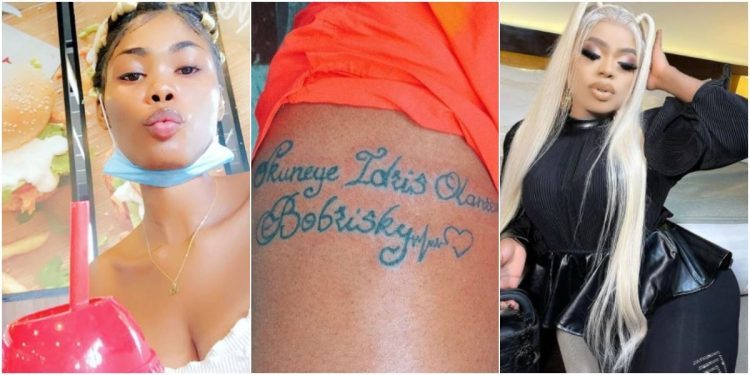 Bobrisky has promised to send N1 million to a female fan from Cote d’Ivoire who made a tattoo of his full name and nickname on her thighs.

The female fan from Cote d’Ivoire identified as Oye Kyme, claims to be the crossdresser’s number one fan in the country.

Oye kyme shared photos and video of the tattoos on her Instagram handle with the caption;

“Am @bobrisky222 second fan forever slide to see the video”

In response to the post, Bobrisky expressed sadness that she was not based in Nigeria.

The crossdresser then promised to send the fan N1 million and also pay for her first-class flight to Nigeria for a visit and take her to Dubai alongside the first fan who trended for getting a tattoo of him on her body.