Cardi B replies trolls who called her "ugly" 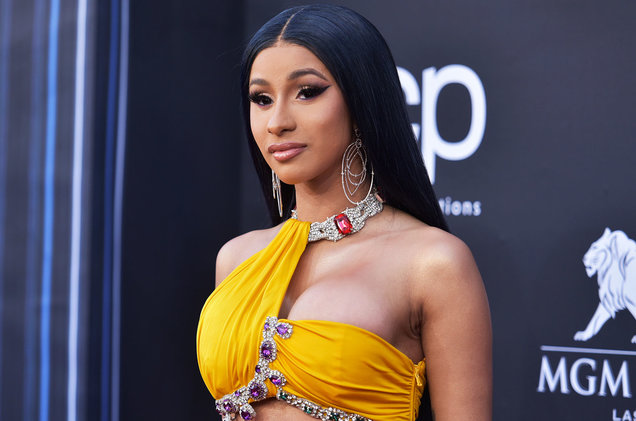 American Rapper Belcalis Marlenis Almánzar, popularly known as Cardi B has responded to trolls who called her ugly on social media.

She was called out hours after she released the visuals for her latest single titled ‘Up’ with some fans claiming that she looked ugly whenever she’s wasn’t wearing make-up.

In the video, the “WAP” artiste who is known for dealing with cyberbullying in the industry, stated that she had woken up with her face with no makeup, no filter used, chapped lips, and blemishes.

The 28-years-old rapper stated that she didn’t bother to freshen up so she could b!tches down who feel destroying ones self-confidence is a hobby.

She also stated that people should stop hating on ladies who are succeeding in their @20’s.

She said she wasn’t afraid to show her skin wth no filter, lips-chapped or whatnot cause she is beautiful and very confident in her skin.

“This is my face after waking up 20 minutes ago, no filter, hair not brushed, lip chap all that.I never been afraid to show my real self,” she said.

“When YOU ON TOP the miserable and the ugly love to screenshot pictures while you in motion then criticize your face. I’m confident in my own skin. You bitches need to ask ya self if ya confidence in ya self enough that ya gotta try to bring bitches down for a hobby that’s winning and in their 20s”