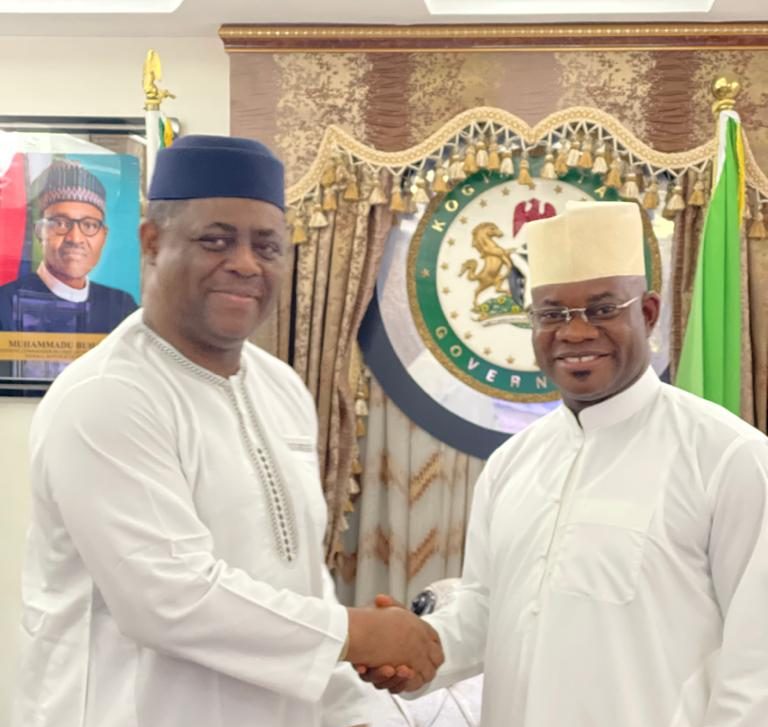 Former Aviation Minister, Chief Femi Fani-Kayode, has denied claim that he has dumped the Peoples Democratic Party, PDP for the ruling All Progressives Congress, APC.

He made the denial in a short statement issued after a video by Kogi State Governor, Yahaya Bello that he had accepted to join APC went viral on Wednesday.

But the former minister said though he has been involved in consultations with members of the ruling party, he has not made up his mind on whether to dump the PDP.

“Though we have had meetings across party lines and we are in a season of political consultation I have not left the PDP,” Fani-Kayode said in a post of his Facebook page.

In his viral video, the governor of Kogi State had claimed that Fani-Kayode ‘has seen the light and has joined APC’ to a cheering audience which included Edward Onoja his deputy.

“Our brother and friend, Chief Femi Fani-Kayode has joined our party in good faith. He is joining our party to come and add his own positive energy and make contribution into ensuring APC is a party to beat,” he said while gyrating with a sense of achievement.

Bello said Fani-Kayode was a foundation member of the APC and that he left due to misunderstanding and that he has decided to come back now for the better.

“Now he has decided to join our party, he approached me and by the mandate given to me by the party, I must not segregate, I must not discriminate against any individual, even if he has his different opinion about the party and government before, and he has seen the light, the reality and the need to join the All Progressives Congress.

The speculations that the former minister may be going back to APC followed his meeting with leaders of the party in the past few days.

He had he met with the Chairman, Caretaker/Extra-Ordinary Convention Planning Committee of APC, Gov. Mai Mala Buni and Kogi State Governor Yahaya Bello at a Guest House in Abuja on Sunday.

The closed-door meeting, which lasted for about an hour, was brokered by Bello, who is also chairman of the party’s Mobilisation and Sensitisation Committee for its ongoing membership registration and revalidation exercise.

Fani-Kayode had a day before met with Bello in his Wuse Zone 6 residence in Abuja before he was led to the party Chairman’s Guest House.

He had also met with the Senator representing Kogi West in the Senate, Smart Adeyemi, a day before.

Significantly, Fani Kayode did not deny the speculations  about his impending defection until the Kogi governor’s video alleging that he is now a member of APC went viral on Wednesday.

Also, in 2006 he was appointed as the Minister of Culture and Tourism and was later redeployed to the Aviation Ministry as the Minister the same year after a minor cabinet reshuffle.

“I had a meeting with Gov. Kayode Fayemi afterwards and I have just publicly and formally declared for the APC,” the former minister said. “For me this is a great and historic day. Goodbye forever PDP,” he had declared then.

But despite his ‘goodbye forever PDP’ assertion, he returned to the party just before 2015 general election after a meeting with former President Goodluck Jonathan.

He said his return to PDP followed realization that the former President was a responsible leader.

Nigerians are waiting to see if his consultations and meetings with leaders of APC will result in his return to the ruling party.