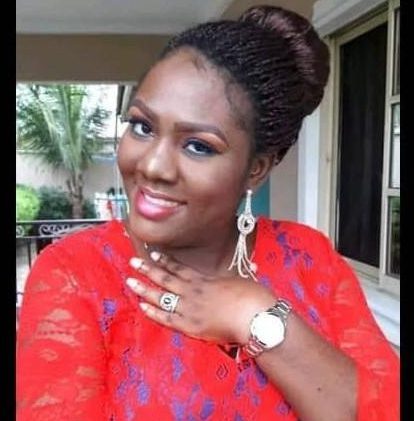 A female reporter with Nigeria Television Authority, NTA, Network Centre in Port Harcourt , Mrs Chidiebele Julian Nweke Onyia, has been kidnapped by yet to be identified persons.

Available details of how she was kidnapped are sketchy at the time of filing this report.

But according to a post by Mrs Osinachi Samuel, her colleague, the journalist who works as Production Editor was abducted around Oil Mill axis of Port Harcourt on Tuesday evening.

“Please, there’s a Sister and Colleague in need of freedom from kidnappers. NTA Port Harcourt Reporter, Chidiebere Oyia, was kidnapped Last night around Oil mill axis, on her way from work after NTA News @7. ( She worked as the Production Editor). Please, Sirs and ma’am’s, help us with any means to find her. Please Contact Manager News or any Police near you with valid information for her rescue,” Osinachi wrote.

Other reports, however, indicated that she was abducted along Railway crossing in Woji Community of Obio-Akpor local government area of the State at about 8 pm on Tuesday

She was reportedly on her way home after the NTA 7 pm newscast when she was kidnapped, it was further learnt.

Anita Josephine Ogonna, a staff of Silverbird Radio and Television in Port Harcourt and one of Chidiebele’s friends who also reported the kidnapping incident on her blog told our correspondent on phone that she is worried about the recent turn on journalists by kidnappers.

She recalled that the Business Manager of Silverbird also barely escaped attempt by kidnapper to abduct him about three weeks ago.

Mrs Onyia who is married and has children is a graduate of Enugu State University of Science and Technology, Enugu.

The Rivers Police Command has not reacted to the abduction as at the time of filing in this report.