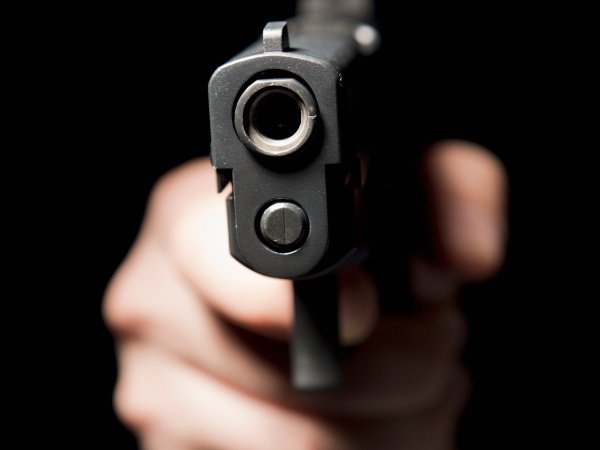 A landlord, identified simply as Afuye, has been arrested in Lagos for shooting at his tenant over rent.

Afuye was nabbed by men of the Lagos State Police Command for allegedly shooting his tenant, Olaoluwa-Daniel Yaya, over outstanding rent at their place of residence on Mosalisi Street, Alimosho Local Government Area of the state.

Speaking to PUNCH Metro, Yaya said that he pleaded with his landlord to give him more time to make the payment, but after he left for work on Saturday, he received a call from his wife that Afuye and his wife were making trouble with her.

Yaya alleged that when he returned home and went to meet the landlord, he suddenly brought out a gun and shot at him six times, adding that his wife collapsed at the sound of the gunshot.

He said, “I owe my landlord, Mr Afuye, for one year and three months, and I already appealed to him to give me more time to make the payment. I am the chairman of motorcycle operators in Sango; on Saturday, I was at work when my wife called to inform me that my landlord and his wife were making trouble with her because of the indebtedness.

“I rushed back home and met other tenants at my apartment and they explained that they were the ones who prevented the landlord and his wife from beating up my wife. I went upstairs to meet my landlord and told him he should have waited for me before doing anything.

“I later left him, came downstairs and was approaching the door of my flat when my landlord suddenly rushed down the stairs with a gun and shot at me six times. It took the grace of God that none of the bullets hit me, but the wall of the building is filled with bullet holes. The gunshots made my wife to collapse and while rushing to her rescue, my landlord quickly took some of the spent bullet cases and went back upstairs.”

Angered by the development, Yaya said upon recovering a pellet, he proceeded to the police station to lodge a complaint against Afuye.

He further explained that policemen were detailed to arrest Afuye and recover the gun, adding that while conducting a further search on his landlord’s apartment, two other guns were recovered by the cops.

In his words, “I was fortunate to see one of the bullet pellets and I took it to the police station and filed a report. Policemen followed me home, arrested him and recovered the gun. While being questioned by the Divisional Police Officer, Afuye said he had only one gun, but because the DPO was not satisfied with his explanation, some policemen were instructed to go back to search his house and they recovered two other guns.

“When the DPO asked why he had guns and why he shot at me for owing him rent instead of issuing me a quit notice, he said he had stayed abroad for over 50 years and that he purchased the guns there. He has been in detention since, while my wife is being administered with drip at home because she is hypertensive.”

When contacted by The PUNCH, SP Muyiwa Adejobi, the state Police Public Relations Officer, said, “The man (Afuye) has been arrested and transferred to the SCIID for proper investigation. His arms and ammunition were recovered from him. We are looking into the matter. We will update you as and when due.”