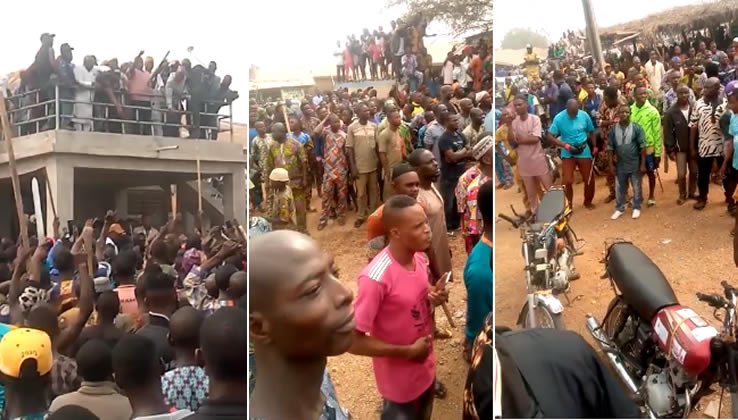 Some prominent stakeholders from Ibarapaland in Oyo State have declared readiness to support measures aimed at halting the incessant security challenges ravaging the area.

They gave the suggestions on Wednesday in Ibadan in separate interviews with the News Agency of Nigeria (NAN).

The seven towns in Ibarapa Zone -Igboora, Eruwa, Idere, Igangan, Ayete, Tapa, and Lanlate, had in recent times witnessed an alarming rate of insecurity ranging from killings, rape, kidnap and farmland destructions suspected to be carried out by cattle herders.

It led to the issuance of quit notices by the host communities to herders who were alleged to be the culprits.

Oba Adedamola Badmus, the Olu-Aso of Iberekodoland in Igboora, said the recent spate of insecurity in Ibarapaland was very unfortunate.

The monarch, who described the people of Ibarapaland as peace-loving, attributed the genesis of the crisis to open grazing by herders.

According to him, “the crisis started from farmers-herders clashes. There would always be clashes when cattle destroy farmlands. Most farmers suffer a lot and lose a huge amount to farmland destruction.

“There are so many issues such as kidnap, rape, destruction of farmlands and killings to address, but the process should begin from the prohibition of open grazing,” he said.

“Fulani residents in the town were not chased from the town. We only ensured that no strangers are allowed to infiltrate their ranks to cause further chaos.

“This is one of the demands of our subjects and we stand by it. As traditional rulers, we are doing our best to ensure peace reigns in our respective domains,” he said.

Oba Sunday Titiloye, the Elempe of Tapa, said no fewer than 10 indigenes of Ibarapa had been killed by the suspected herders.

“The Oyo State Government should call a meeting to put find a solution to the crisis,’’ he said.

Chief Raheem Gafar, Balogun Asawo of Ayete, said his people were predominantly farmers who plant cassava, maize, among other crops.

“Don’t forget that our people obtain loans to farm and the lenders will not tolerate any excuse, you must pay back their money,” he said.

When contacted, Oba Kingsley Onikola, the Onidere of Idereland, said they have already sought the audience of the governor on the situation.

He said that the traditional rulers would be meeting the governor on Thursday (today) to present the demands of their people and possible ways of arresting the situation.

Jiji told NAN that the recent development was very unfortunate, appealing to the state government to do everything within its capability towards resolving the impasse.

He appealed to Makinde to set up a peace and security committee at the local government level, pledging their readiness to cooperate with the committee as well as obey government policies.

“I have spent more than 35 years in Oyo State and I know the Yoruba people to be peace-loving. There would always be bad eggs in every society or group.

“Herdsmen who have been destroying plantations on farmlands are not those residing in the town, but strangers.

“When we suspected some herders, we handed them over to Amotekun outfit. I believe their commandant can confirm this,” he said.

Jiji commended Makinde on the way he has handled the security situation in the state so far, urging him to intensify his effort at ensuring the residents live in harmony.

He also appealed to the people to embrace love and peaceful coexistence, saying they could all live together in peace.