Ibijoke Sanwo-Olu calls for return of History in schools' curriculum 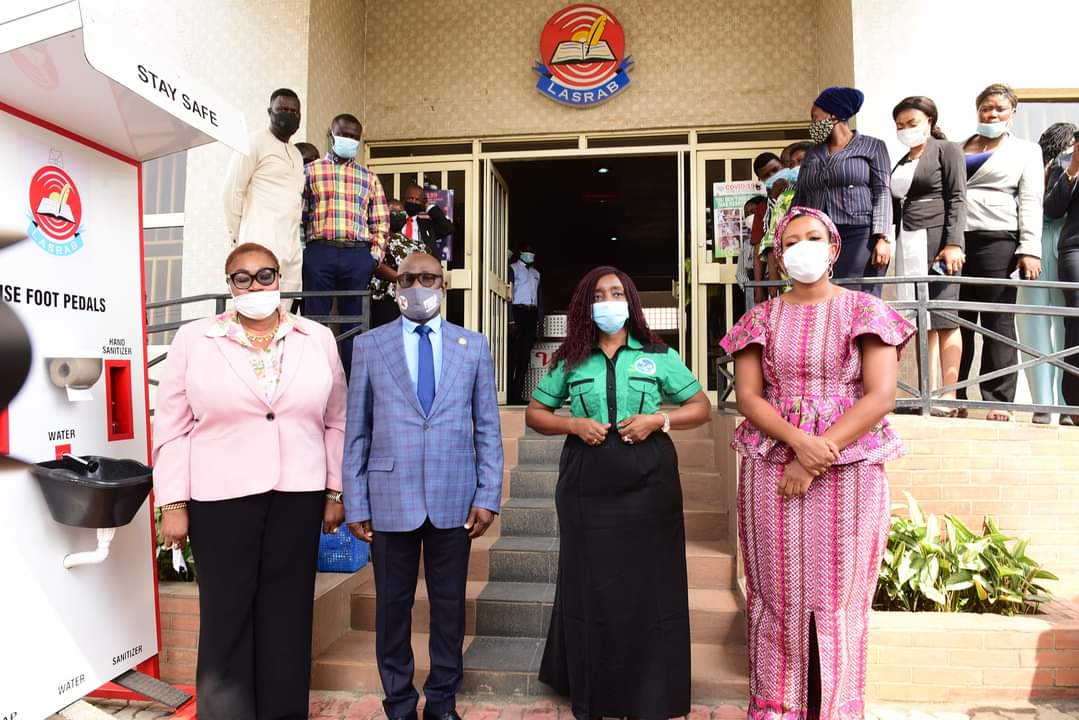 The wife of Lagos State Governor, Dr. (Mrs.) Ibijoke Sanwo-Olu has renewed the call for a return of History as a subject to the school curriculum in Lagos State, just as she commended the Lagos State Records and Archives Bureau (LASRAB) for its role in preserving the historical records of Lagos State.

Mrs. Sanwo-Olu, who disclosed during a facility tour of the Bureau, explained that it was indeed an honour to visit the facility to get first-hand information on how records are kept in Lagos State.

She added that school tours should be organised for students so that they can also have first-hand information about the rich history of the State.

“I strongly believe that history as a subject should be returned to our school curriculum, just as keeping monuments in archives for posterity is vital to our everyday life. For instance, the dress I wore on the inauguration day could be archived for children to see and appreciate in the years to come, just as the dress Queen Elizabeth wore during her visit to Nigeria in 1960 is being preserved”, she suggested.

Sanwo-Olu advised the Bureau to expand its office to serve as a one-stop referral place as far as documenting the rich and vast historical heritage of Lagos is concerned.

In his remarks, the Permanent Secretary, Ministry of Information and Strategy, Mr. Olusina Thorpe, lauded the governor’s wife for the supportive role she plays by helping Mr Governor in implementing the T.H.E.M.E.S. Development Agenda of the present administration, noting that LASRAB is the home of Artefacts, Culture and History.

He said that since the world is now in the digital age, it is imperative that records are properly kept and accessed with the touch of a button, declaring that the Ministry of Information and Strategy, through LASRAB, remains passionate about the retention of historical records and data in the State.

“By the time the JK Randle Centre for Yoruba Civilisation comes onboard, there would be more archival materials to preserve by the Bureau”, he asserted.

The Director-General, LASRAB, Mrs Bilikiss Adebiyi-Abiola, in her welcome address, stated that the Lagos State Government appreciates the significance of record-keeping for planning and implementation of development programmes, which gave rise to the establishment of LASRAB with responsibilities of permanent custody, regulation and control of records and archives of Lagos State among others.

She said: “You’ll agree with me that the importance of record-keeping cannot be over-emphasised. Hence, the Bureau has been able to fulfil its statutory responsibilities in a professional manner, employing best practices in information and knowledge management”.

Adebiyi- Abiola added that since its establishment, the Bureau has not only provided accurate records for planning and policy creation to various MDAs of the State Government but also serves as a tourist destination and excursion centre for both public and private schools in the State.

She, therefore, appealed to individuals, families and corporate organisations in possession of records of historical and enduring value to donate them to the Bureau for preservation.

The highlight of the visit by Ibijoke Sanwo-Olu and her entourage was the facility tour, during which Mrs Adebiyi-Abiola intimated the audience about the digitisation plan of the Bureau slated for execution in three stages viz-a-viz: Recruitment and Training, Retrieval and Archiving as well as making records more accessible.

The governor’s wife was also treated to an Audio-visual presentation during the facility tour, which chronicled the history of Lagos including the Sungbo Eredo in Epe, the 200-year old Post Office and the 1851 Conquest of Lagos among other things.