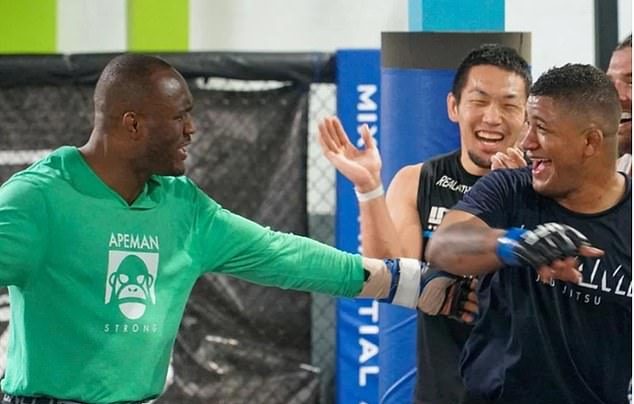 Usman and Gilbert Burns: they know each other very well

Mixed Martial artist, Kamaru Usman, better known as the Nigerian Nightmare, will defend his welterweight title at UFC 258 in Las Vegas on Saturday.

His challenger is a former sparring partner and friend, Brazilian Gilbert Burns.

Both foes know each other very well, having trained together for seven years.

The fight was originally scheduled for last year.

It was first postponed when Burns was hit by a bout of COVID-19. Then, Jorge Masvidal stepped in on short notice.

However, Usman saw off Masvidal easily on the scorecards.

The match was again rescheduled for 12 December last year. It was again postponed because of Usman’s nagging injury.

Burns is on a six-fight winning streak, while the Nigerian Nightmare has won 16 straight fights and hasn’t lost a bout since 2013.