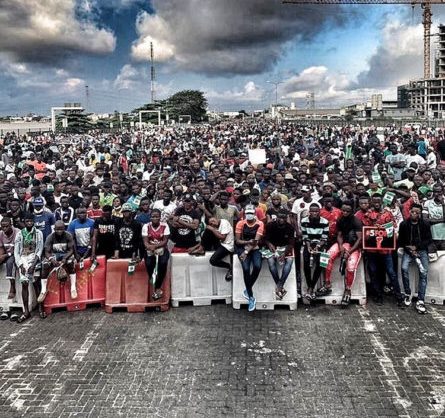 Lagos State government has warned youths planning a protest at Lekki Toll Gate on Saturday, to desist from doing so for the sake of peace.

The state Commissioner for Information, Gbenga Omotosho gave the warning during an interview with Arise TV on Thursday.

The commissioner said there was nothing that warranted a fresh protest in Lagos State.

Omotoso said: “We all saw what happened in October last year. How some of the iconic buildings in Lagos were razed. We saw how human lives were wasted, including policemen. Nobody prays for that kind of thing to happen in Lagos again. Because of that, the Lagos State Government has been suing for peace.

“Nobody wants to go back to the scene of October 2020. We are appealing to both sides not to cause trouble in Lagos. They should allow peace to reign so that we can continue to focus on the economic and social issues that are facing us”.

After the Lagos Judicial panel ruled that the Lekki Concession Company should returns to the Lekki Toll Plaza, youths in Lagos threatened to stage another protest.

#OccupyLekkiTollGate, has been trending across social media since then.

A counter-protest has also been planned by some other youths with the hashtags #DefendLagos and #DemNoBornYourPapaWell.