Rivers State varsity gets N16.6bn for upgrade of facilities, establishment of new campuses 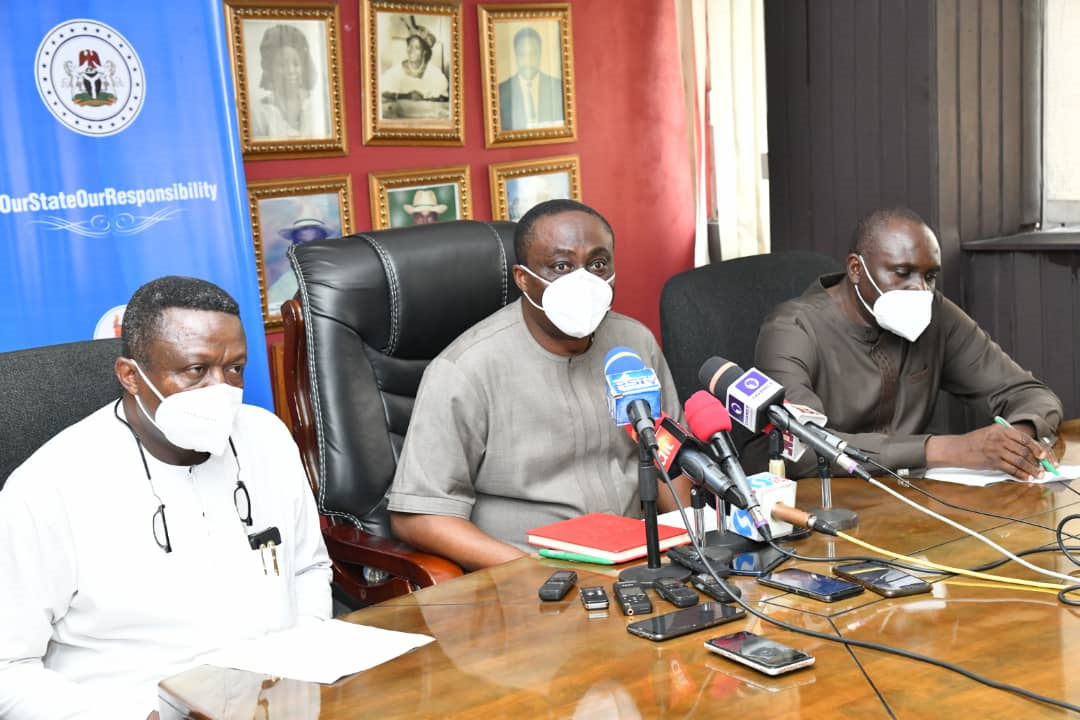 Rivers State Government has released the sum of N16. 6 billion for the upgrade of facilities at the Rivers Sate University (RSU).

Announcing the release to journalists in Port Harcourt, Rivers State Commissioner for Information and Communications, Paulinus Nsirim said N9 billion of the sum will serve as take-off grant for the establishment of new campuses of Rivers State University (RSU)  in Ahoada,  Emohua and Etche Local Government Areas.

According to him,  N3 billion will be devoted to each of the new campuses for the construction of faculty buildings,  hostels, offices,  Libraries,  auditoriums,  lecture halls and address other needs required for the campuses to operate maximally.

“This is a landmark development in the history of the institution which has maintained one campus since its establishment in October 1980.

“With the establishment of the three campuses, the communities where they are sited will be opened up for consequential development and economic activities. It will reduce the rate of unemployment in the state.”

With the release, Nsirim said, the college will be enabled to fully commence its programme leading to the award of Bachelor of Medicine, and Bachelor of Surgery (MBBS).

According to him, the gesture will also strengthen accredited department and those due Accredition at the Rivers State University Teaching Hospital (RSUTH).

Nsirim also announced that the State Government has established a scholarship scheme for Rivers indigenes studying at PAMO University of Medical Sciences.

This, he said, will provide Rivers children and other Nigerians access to medical education in the state.

“We are glad to share this good news with you at a time when governance has been grounded in most parts of the world because of covid-19.

“This development will assist to reduce the gaps in the doctor to patient ration in the state and country.

“The Rivers State government under the visionary leadership of Governor Wike,  as a responsive governor,  is determined to contribute to reduce this gap thus the massive investment in the training of doctors.

“We are confident that in the next few years,  Rivers State will play a major role producing medical manpower in the country. ”

Also addressing the journalists, Rivers State Commissioners for Health, Prof.  Princewill Chike said with the release of the fund, the College of Medical Sciences can operate as a full-fledged college with all its required programmes running.

According to him, accreditation of departments and programmes will be easy to secure because of the enhanced capacity of the college that already has requisite personnel engaged.

On his part, the Rivers State Commissioner for Education,  Prof. Kaniye Ebeku said skeptics who thought that Governor Wike was making mere political statement when he promised to establish three new campuses for the Rivers State University will see that he is walking the talk.

According to him,  with the money released and contractors soon to commence construction of Classrooms,  hostels,  auditoriums and offices at the three Local Government Areas, there is an assured expansion of RSU to benefit the entire state.

Prof.  Ebeku said this will increase access to education because admission spaces will be opened for more intakes, and those communities hosting the new campuses will enjoy increase commercial activities and attendant development.