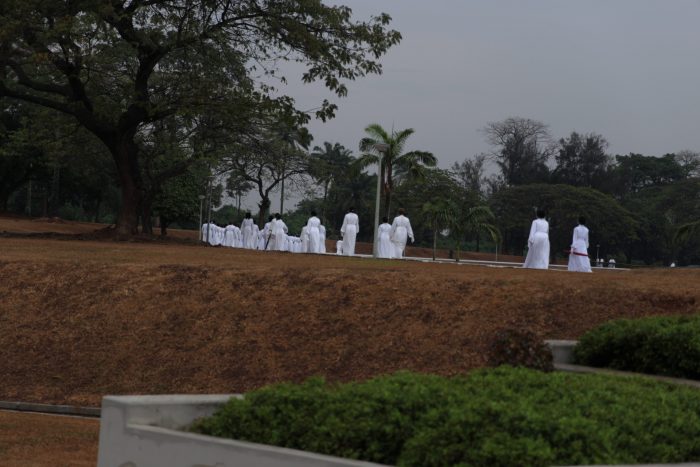 The burial was preceded by a Grail Funeral Hour of Worship in the Temple of God on Grail land at 4 p.m.

The funeral service was conducted by the Grail Movement, without the social convention of lying-in-state.

The hour of worship ended at exactly 4:33 p.m., followed by a procession to the cemetery for burial.

The media were not allowed either to move into the worship arena or get to the graveside.

See photos from the event below: 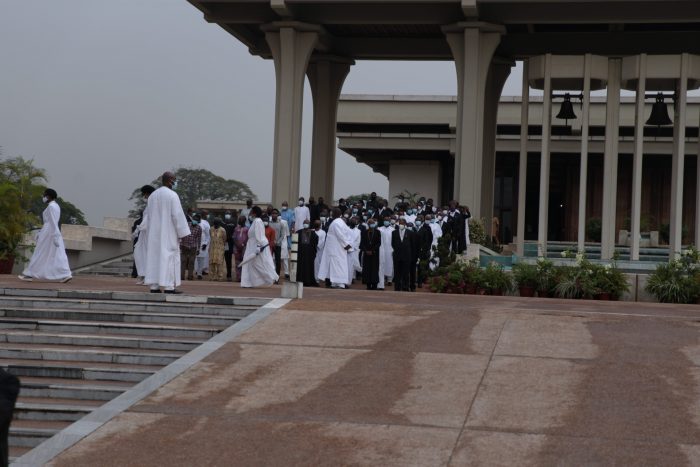 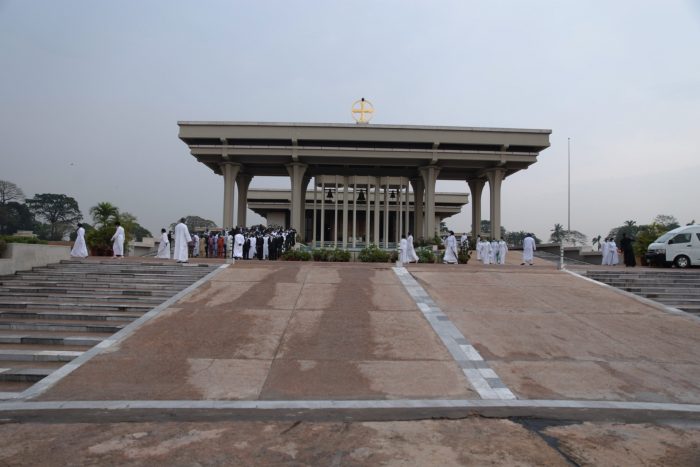 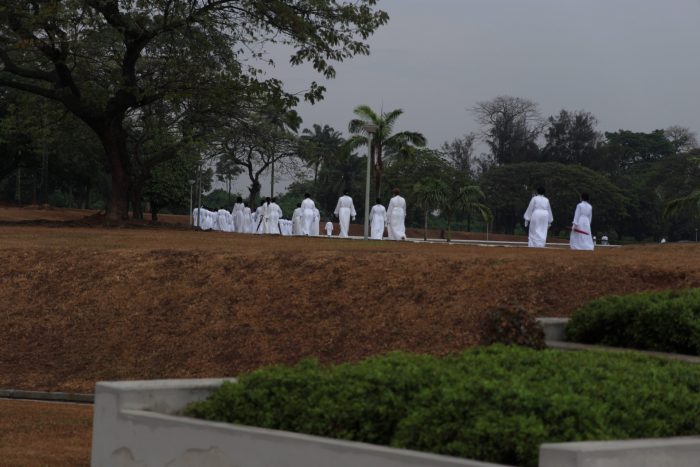 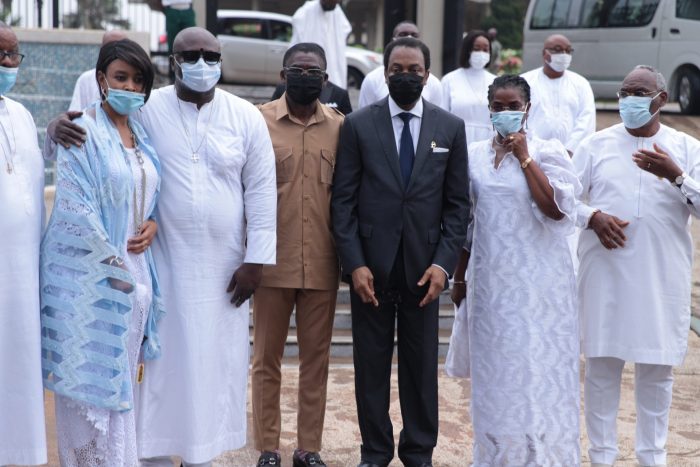 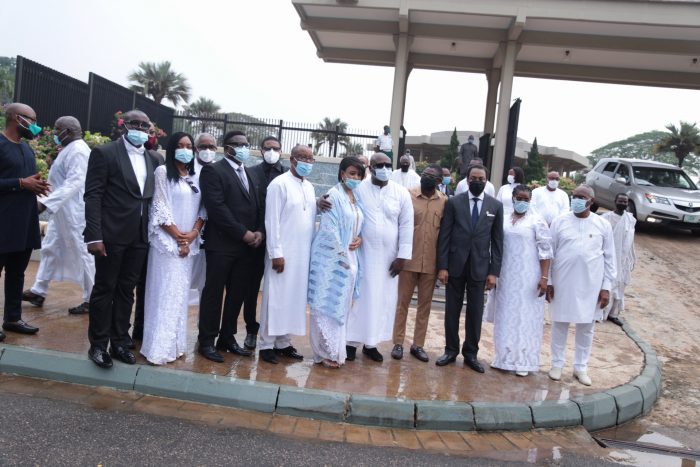 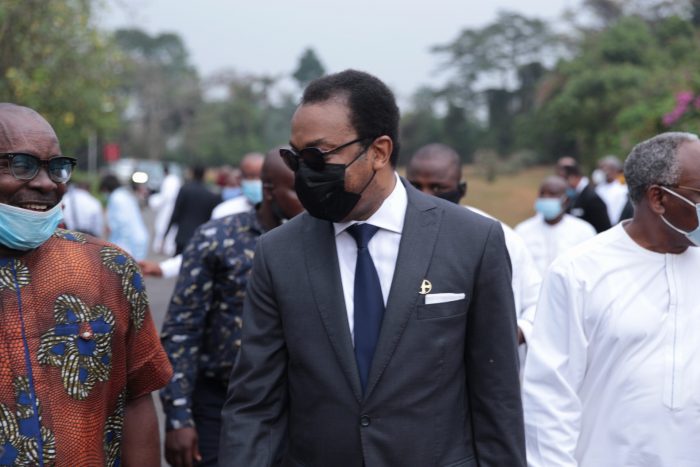 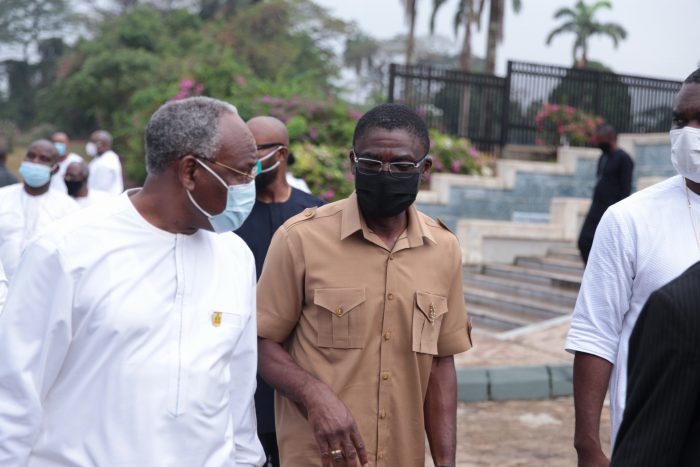 One of the children of the deceased, Mr Abdulrasheed Momoh, who spoke with newsmen at a restaurant situated in the premises of Grail land, said: “Honestly, he has left a huge gap and I have to emulate him.

“He invested in humans, a father to all and he was there for all. He had a list of people he was giving money to, we saw huge vouchers of these people in a bag.

“He was a rare man, I am happy for having him. I am proud of him.

“I will miss him. He has moved on, he had lived a fulfilled life on earth and moved to the next level. The Almighty has called him for a better job to do,” he said.

The Deputy Governor of Edo, Mr. Philip Shuaibu, said that late Momoh never discriminated between Christians and Moslems, Southerners or Northerners, but stood for the sanctity of the constitution and unity of Nigeria.

Shuaibu said: “He was an exemplary leader. He believed in the unity of the country and spoke about it a lot. Through his speeches and commentaries, Tony Momoh made his opinion known.

“He didn’t care about what people say but about what unites us. We should do things that unite us. He was a man that believed in the sanctity of our constitution and unity of our country.”

An activist, Mr. Ebenezer Oyetakin, Executive Secretary, Anti-Corruption Network, said that Momoh worked and laboured for a society that works for all.

He said: “He was a wonderful man, I have never met a patriotic Nigerian like Prince Tony Momoh. He sang, he breathed and he lived Nigeria.

“Three days before his death, he was still talking about Nigeria. He wanted the best for this country. He worked for it. He was somebody Nigeria will miss.

“I think he has left a very beautiful footprint on the sands of time. He was one of the best members of human community anywhere in the world as described by President Muhammadu Buhari.”

According to him, Nigeria has reasons to celebrate Momoh’s life and not to mourn him.

Momoh, an astute journalist, lawyer, author, profound thinker and writer especially on spiritual matters, was accorded a Grail Funeral in accordance with his wish as an adherent of the Grail Message.