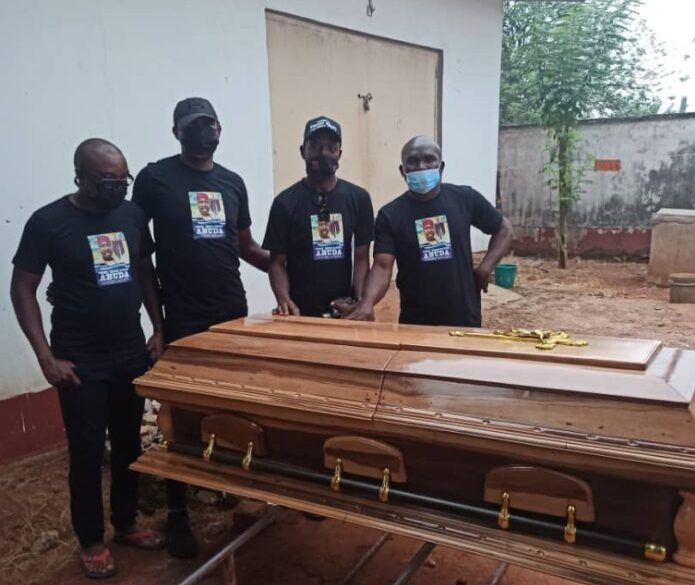 The US-based Nigerian, Prince Dennis Abuda, who was kidnapped and killed by suspected Fulani herdsmen has been buried.

He was buried Thursday morning at his country home, in Fugar, Etsako Central Local Government Area of Edo State.

His remains was conveyed in a wooden casket.

The simple burial ceremony brought sorrow and tears to the faces of many indigenes of the town who watched helplessly as the casket was being brought out of the Toyota Hiase ambulance that conveyed his remains, and lowered six feet below.

Abuda, who came to Nigeria for the Yuletide celebration last year, was kidnapped on Saturday, 30 January, 2021, while on his way to Lagos to catch his flight back to his base in USA.

He was abducted with three others by gunmen who waylaid their blue Toyota Sienna bus at Ahor, a community along Auchi/Benin/Lagos by-pass.

His abductors were said to have shot him dead after he collapsed and could not continue, as they were being dragged him into the forest.

The gunmen however still went ahead to collect the sum of N10 million ransom money from his family members.

His decomposing body was later recovered in the forest by the police on February 2.