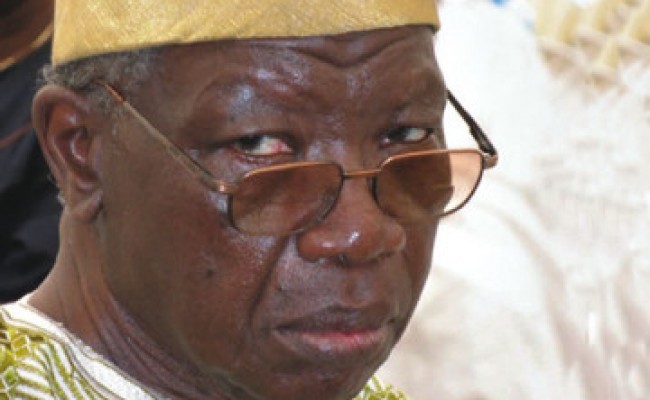 Gov. Ifeanyi Okowa of Delta has commiserated with the government and the people of Lagos State over the death of its first civilian governor, Alhaji Lateef Jakande.

The governor’s condolence was conveyed in a statement by his Chief Press Secretary, Mr Olisa Ifeajika, on Friday in Asaba.

Okowa said that Jakande, a renowned journalist and an elder statesman, died at a time Nigeria earnestly needed his wise counsel on critical national issues.

He described the deceased as an astute politician and a distinguished democrat, who provided free education to all, low and medium-cost housing for the masses.

Okowa added that Jakande opened up Lagos with good roads and potable water for the people.

The governor said that the demise of Jakande was a great loss to his family and the entire people of Lagos State because of his consummate life-lifting accomplishments in the Centre of Excellence.

“The late Lateef Jakande, a distinguished journalist and an outstanding politician, will be remembered for his legacy of free education in Lagos State, the construction of numerous roads, as well as, the provision of housing and portable water for the residents of Lagos State.

“He will be deeply missed by all and sundry whose lives he affected in many ways, especially the masses and middle-class, whose course he stood for throughout his political career.

He prayed that God would forgive his shortcomings and grant him eternal repose.