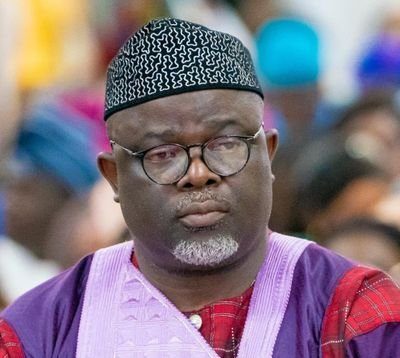 There was drama on Friday as the Lagos State Commissioner for Physical Planning and Urban Development, Dr Idris Salako shut out staff of the ministry over lateness.

Salako was disappointed over the conduct and ordered mass queries to be issued to all defaulting staff of the ministry.

He said that most staff of the ministry had cultivated a lackadaisical attitude towards their duties.

“They come to work at their own leisure any day they feel like and they close very early without recourse to civil service procedure.

“I have locked out all staff that are supposed to be on duty and are not at their workspace outside the premises.

“The defaulting staff will all be issued appropriate queries for dereliction of duties.

“You will recollect the ministry had a retreat sometime about three weeks ago, it was agreed we have a change of attitude in the way things are done in order to key into the vision of Mr governor Babajide Sanwo-Olu for a greater Lagos.

“This lateness is in contrast to the agreement we had at our retreat,” he told NAN.

News correspondents who visited the ministry at 10:55 am report that the security staff of the ministry had closed the main entrance to the block.

One of the security personnel questioning the staff said: “What says the time, why are you just coming to the office?”.